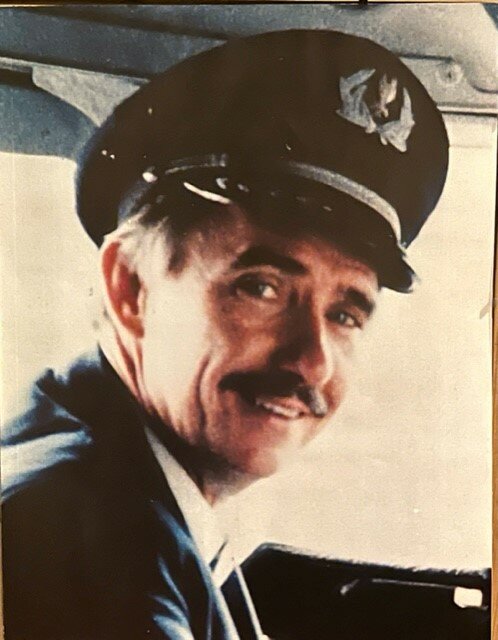 Please share a memory of Michael to include in a keepsake book for family and friends.
View Tribute Book
Michael P. Mangan, age 87, passed away on April 6, 2022. Beloved husband of the love of his life, Janet for 59 years, Loving father of Michael (Deana) and Jennifer (Robert) McGunnigle, Cherished Grampy of Kaleigh, Delaney, Michael, Cadence and Tierney, Dear brother to Tom (Louise) Mangan. Mike was born on August 20, 1934 to Michael Joseph and Mary Mangan of Yonkers, NY. Mike is remembered for his love of adventure, specifically flying, boating, and traveling. As a young man, Mike enlisted in the US Army in 1952 and served in all enlisted grades retiring from Active Reserve as a Captain in 1974 and from the Standby Reserve in 1984. A professional airline pilot for over 38 years, beginning at the Dobbs Ferry Seaplane Base in the early 1950’s and continuing to world wide service until his retirement from American Airlines in 1994. He operated every type of aircraft from Sea Planes and Gliders to the “Queen of the Skies” the Boing 747. His career in the Civil Air Transport Industry included every facet of the industry including ground and flight training of both Pilots and Flight Engineers, Pilot Line Qualification and initial start-up of new flight equipment by doing equipment acceptance from manufacturers and from outside maintenance facilities. In addition to extensive systems and operational training on large transports, he held several advanced Degrees (BBA, MBA, MS and PhD). Mike loved life and learning and never missed an opportunity to share stories of his escapades with friends and family. He held a deep love and admiration for his family that was unconditional. He was a true friend, wonderful husband and dedicated mentor, father and grandfather. If you knew Mike you’ve surely heard his favorite saying “To Live Well Is The Best Revenge” and that he certainly accomplished by focusing on passions and people that were unequivocally important to him. Visitation is on Thursday between 2-4 & 7-9 pm at M.A. Connell Funeral Home, 934 New York Ave., Huntington Station. The Funeral Service will be held at the funeral home on Thursday at 8 pm. Entombment will be Friday at Pinelawn Memorial Park. In lieu of flowers, memorial donations are requested to the Cradle Of Aviation Museum, Charles Lindbergh Blvd, Garden City NY 11530 in Mike’s name – this would mean the world to him! https://www.cradleofaviation.org