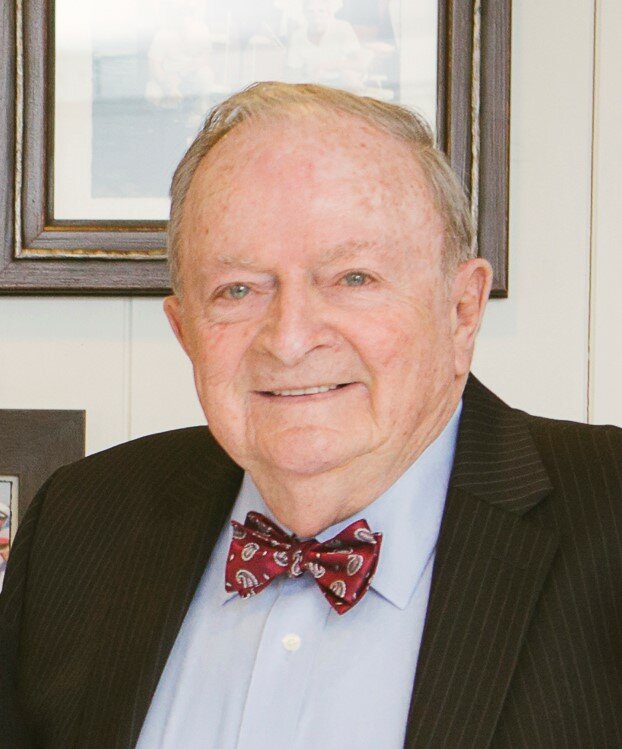 Please share a memory of Richard to include in a keepsake book for family and friends.
View Tribute Book
Richard Barry Obituary On February 23, 2022, Richard Timothy Barry, beloved husband, father, grandfather and great-grandfather, comfortably passed away from pulmonary fibrosis at the age of 87. Dick was born in the Bronx in 1934, the son of Joseph Michael and Nelly Barry of Cork, in the Republic of Ireland. He grew up in the close-knit Bronx community of Albany Crescent, along with his brother, the late Monsignor John Jay Barry. In 1952, Dick graduated from All Hallows High School in the Bronx. He went on to Iona College, where he played varsity basketball and graduated in 1956. Dick proudly served his next two years in the army, stationed in Berlin, Germany. Upon returning to the states, he spent his entire professional career as a decorated employee of Long Island’s East Meadow School District, where for decades he was a teacher, a coach, a vice principal, and, ultimately, the principal at East Meadow High School. After retiring in 1996, he became a professor at Dowling College and an avid golfer. Dick was a kind and charitable man of character and integrity. He lived a full life and made a difference in the lives of countless people, perhaps most notably his students and his grandchildren. He took care of people and always tried to help those in need. He was a friend, teammate, and role model to many. He had a million stories, was always quick with a joke, and was a diehard, lifelong fan of the Yankees and the Iona Gaels (he also pulled for the Knicks and, of course, the East Meadow Jets). He was a faithful husband and a dedicated father and grandfather. He loved his family and friends very deeply. In the words of his grandchildren, Dick was simply “the best.” He will be dearly missed, but fondly remembered. Dick is survived by his loving wife of 60 years, Anne Barry of Huntington; by his four children and their spouses, MaryAnne and Tommy Granato of Huntington, Rich and Rinko Barry of Manhattan, Jack and Lizzette Barry of Manhattan, and Katie and Jonathan Reppucci of Denver; and by his seven grandchildren and their spouses, Kaitlyn and Tim Rielly, Patrick Hicks and Ross Garner, Deirdre and David Groh, Kerry Hicks and her fiancé Greg Burns; Marcela Barry, and Anabella and Owen Reppucci; and by six great grandchildren, Avery, Liam, Taft, Poppy, Connor and Kit. Visitation will be held at M.A. Connell Funeral Home on Monday from 4-8 PM. Funeral Mass will be held at St. Patrick’s Church in Huntington on Tuesday at 9:45 AM. In lieu of flowers, please make donations to All Hallows High School, 111 E 164th St, Bronx, NY 10452.