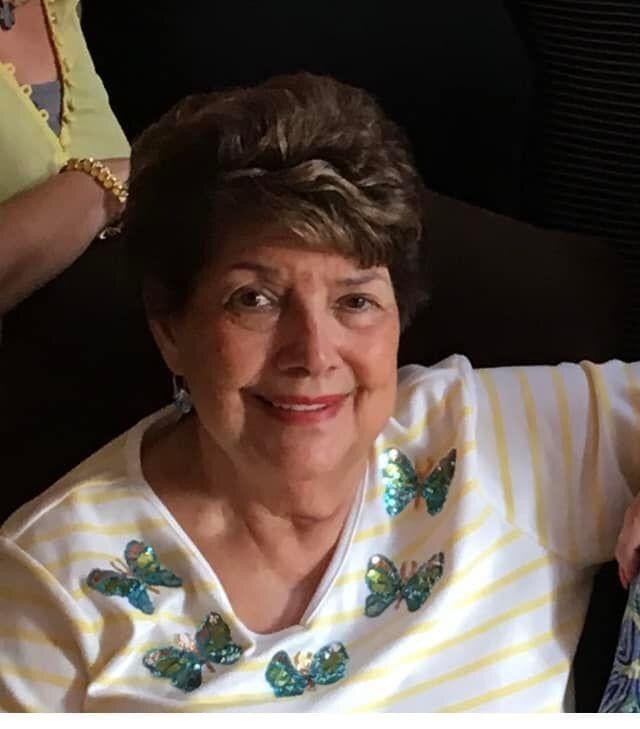 Please share a memory of Marianne to include in a keepsake book for family and friends.
View Tribute Book
Marianne Salvia of Coram passed away on January 4th, 2022. She was born to John and Anna Salvia on March 4, 1935. Marianne lived much of her earlier life in Queens, NY and then moved to Long Island; eventually to the Coram area to care for her aging parents. Marianne was a charismatic Sicilian-American beauty, always sparkling and polished for her family and friends. Marianne had a successful career in liquor sales and spent the latter part of her years as a devoted and caring daughter, mother, grandmother and great-grandmother. Marianne, Mare, Aunt Marianne, Mommy, Grammy, & GG are all names that she held dear to her heart. Her favorite thing to do was dress up for her family and friends. She always looked her best and frequented the beauty parlor to ensure her highlights and nails were tip top. As of late, you could always find her hitching a ride with her daughter Linda to visit with all of the family, often sharing a seat with her grand-dog Ruby. She never wanted to miss a minute with her kids and grands, and she especially looked forward to her visits to see her son David in New Jersey. Marianne made sure that she didn’t miss out on anything, like taking that last ride on Pinton the horse at the barn bbq, having us haul her out onto Cherylanne’s boat in a dinghy for her last boat ride, or asking the lifeguards to drive her around on their atv at E. Hampton beach, just so she could experience the sound of the waves and spend time with her family. Throughout her life, Marianne loved to play cards and would head down to Atlantic City; or during the latter years, Foxwoods and Mohegan Sun with her children to play slots. She also looked forward to her weekly card games with her good friend Janet and the girls. Marianne is survived by siblings: John and Cynthia, along with her 3 children, Linda, John, and David, as well as her grand/great grandchildren: Marianne, Cherylanne, John, Joseph, Matthew, Jayden and Landon. She was also the loving mother-in-law, grand-mother-in-law and sister-in-law to Joan, Carl, Dorothy, Barbara, John and SoMin. Marianne adored her nieces and nephew: Debra, Lynda and John; and spoke often of their children: AJ, Ashley, Joseph, Jessica, Marisa, & John. She shared a very close relationship with her cousins, with whom she lovingly spoke of often. Marianne embraced her large extended family, including her step family, always treating everyone as if they were her own. Marianne saw it all in her lifetime, some of it grand and not so grand, but through it all and with superhuman debutante strength, she dusted off her pants, took out her best handbag, adorned herself with her largest rings, stood up and devoted her life to providing her family with all the love, support, and guidance they needed. Marianne, Mare, Aunt Marianne, Mommy, Grammy, & GG will be missed dearly by each of us. She was like the sparkle on a moonlit bay. She is now a bright star in the nighttime sky, the softest pink sky in the early winter morning. She is infinite and everlasting love. Due to the high numbers in Covid, the family will be holding a closed private service Tuesday, 1/11/22 from 11-12 pm at M.A. Connell Funeral Home in Huntington, NY. Marianne’s burial services will be held at the Huntington Rural Cemetery immediately following. As requested by the Cemetery, please wear a mask on the property and while in close contact with others.

Share Your Memory of
Marianne
Upload Your Memory View All Memories
Be the first to upload a memory!
Share A Memory