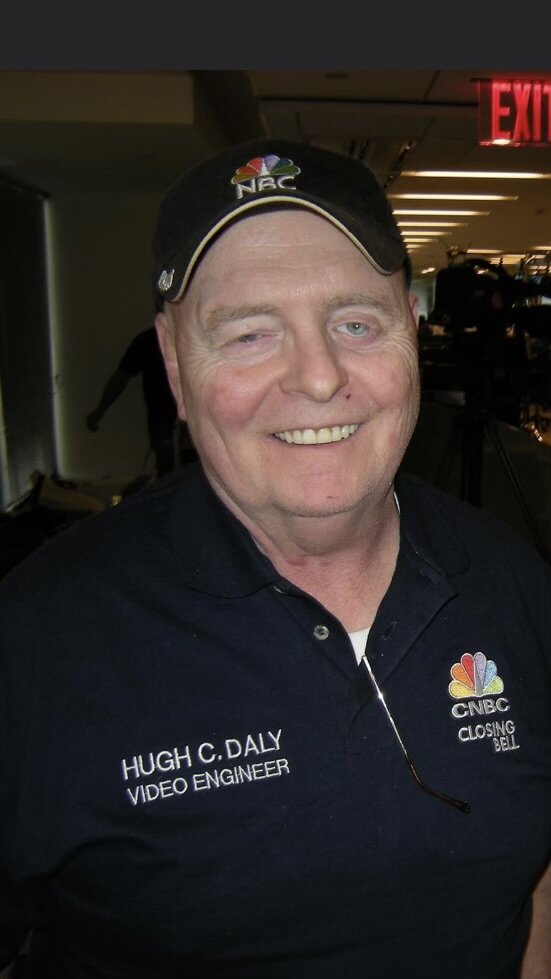 Please share a memory of Hugh to include in a keepsake book for family and friends.
View Tribute Book
Obituary - Hugh Charles Daly Hugh Charles Daly, 80, of Bay Shore, NY, passed away on December 11, 2021. He was born to Hugh and Evelyn (Moran) Daly on May 1, 1941 in New York, NY. Hugh (known to his family as “Bud”) attended Incarnation Grade School and George Washington High School in the Washington Heights section of Manhattan. He then won a scholarship for acting and attended NYU Film School. Bud enjoyed a successful career at Columbia Presbyterian Medical Center where he worked in the Orthopedic Department and Registrar. He particularly enjoyed planning the Orthopedic Department’s Annual Christmas Party, often performing a magic show for the children in attendance, as well as, those in the Pediatrics Wing. In the early 80’s, Hugh decided to pursue his dream in film production. He founded JHD Productions LTD and remained CEO to the very end. His goal was to provide a high quality studio in Long Island at a reasonable cost. Along the way, he developed numerous friendships, living close to his long time, Washington Heights best friend and “brother”, Michael Butler. Hugh was always “glass half full”, determined and relentless in pursuit of his dream. Following a recent surgery, he couldn’t wait to get back to work in the studio. God had other plans. Hugh is predeceased by his parents and sister Evelyn. He is survived by his sister Elaine Waller of Marine City, MI; brother Frank (Nancy) Daly of Syracuse, NY; numerous nieces and nephews; countless friends and colleagues. Bud volunteered at Make-A-Wish and enjoyed doing so. In lieu of flowers, donations can be made to Make-A-Wish, Suffolk County, NY, https://wish.org/suffolk. A celebration of his life will be held at M.A. Connell Funeral Home, 934 New York Ave., Huntington Station, NY 11746 on January 9, 2022 at 12PM to 3 PM.

Share Your Memory of
Hugh
Upload Your Memory View All Memories
Be the first to upload a memory!
Share A Memory