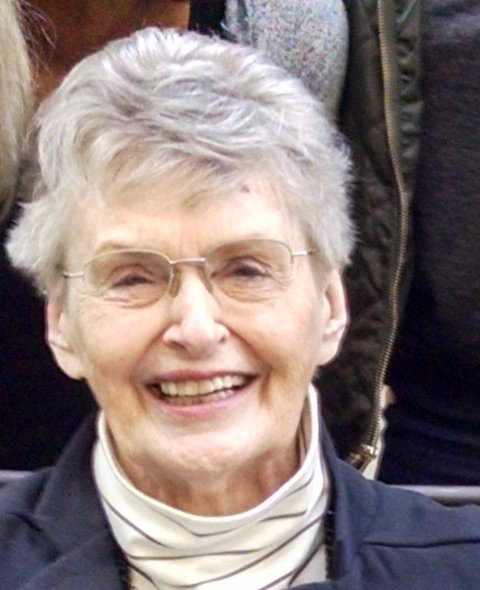 Dr. Sara Lord Bodi, known as Sally, 92, survived Hurricane Sandy, only to be felled by another natural disaster, Covid-19. In 2012, strong winds knocked out the electricity in the Bodi home in Glen Cove, Long Island. Sally’s husband, Lewis J. Bodi, accidentally dropped a kerosene lantern he was lighting, and their house went up in flames. Sally tried to save her husband, but fire and smoke forced her out of the house. She survived, but Lew, a former provost at York College (CUNY), did not. ​Sally spent her remaining years in an assisted living facility in Dix Hills, Long Island, where she contracted Covid-19. She was sent to Huntington Hospital, where her son, Kip Bodi, is a doctor. Suited up in mask and protective covering, he visited her daily, whereas her daughters’ and her friends’ only contact was by phone. Even toward the end, she told her daughters, “I’m not ready to give up the ship.” ​That was typical of Sally’s attitude toward life. She was descended from Pilgrims and pioneers. Raised in the small-town of Plano, Illinois as one of four daughters, Sally Lord was a cheerleader, sang in the choir, and was voted most popular in her high school class of 19 students. She met Lew Bodi, who hailed from Racine, Wisconsin, at Depauw University in Greencastle, Indiana. Lew and Sally were married on April 9, 1950 , and so would be celebrating their 70th wedding anniversary. They were a study in opposites – Lew, the outgoing son of Hungarian immigrants, a liberal Democrat; Sally, the soft-spoken daughter of a doctor as well as a Mayflower descendant, a conservative Republican. Lew would say, “We dutifully vote every year, cancelling each other out at the polls.” Sally attained her PhD in clinical psychology from St. John’s University while raising four children and became chief school psychologist for the Glen Cove school system. In retirement, in addition to nurturing her grandchildren and great-grand daughters with her calm midwestern demeanor and a closet full of toys, she traced her genealogy. Sally created twelve binders full of letters, photographs, articles, and family trees, including a letter from a Civil War soldier and a newspaper article about an ancestor who homesteaded in Illinois, living with his family in a cave until he finished building a house. Perhaps her most unique find occurred while researching her son-in-law, Eric Montgomery’s roots. Sally discovered that he was descended from a man named Ivan the Slobberer. She didn’t hold it against him. Sally was known for her generosity. Sally and Lew’s door in Glen Cove was always open to friends and a large extended family. Over the years, several nieces and nephews lived with the Bodi’s while studying or working to advance their careers. To all who visited, Sally would sit down at the kitchen table and listen to their problems, offering thoughtful advice while Lew cooked and served, all the while keeping them laughing. As Emma Hurley, one of Sally’s grand-daughters said, “If I can emulate even one ounce of the generosity that Sara Lord Bodi showed in her life, I will be proud. She was brilliant, funny, charming, elegant, composed, loyal, hard-working, and inspirational. I know she wasn’t perfect, but to me she was close enough.” Sally is survived by her 96-year-old sister Emily Lord Leyshon of Prescott, AZ, son Kip Bodi and wife Chris Bodi of Cold Spring Harbor, NY and; daughters Sari Bodi and husband Eric Montgomery of Westport, CT; Betsy Bodi Thomas and husband Philip Thomas of Dallas, TX; and Nancy Bodi-Hurley and husband Michael Hurley of Northport, NY. She is also survived by eleven grandchildren, and their spouses and children ; Kip Bodi with wife Sara and children Lucy, Beatrice, and Kira Bodi: Stephanie Bodi and Matt Bernier and their daughter Mae Bernier; Caroline Bodi and Matt Winn expecting their first child in June; Jenny and Brett Bodi; Ming and Luke Montgomery; Bennett and wife Caitlin Thomas, Weston Thomas, Morgan and Tim Essig with their daughter Zoe, and Emma Hurley. Sally is also the step-grandmother to Sara and Scott Silverman and step-grandmother to Scott’s daughter Sophia.

All current services are private

Share Your Memory of
Sara
Upload Your Memory View All Memories
Be the first to upload a memory!
Share A Memory
Plant a Tree