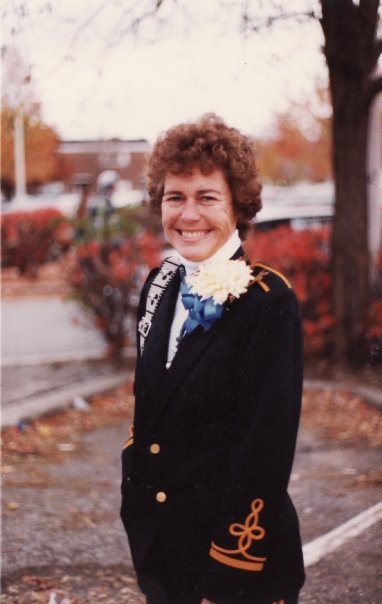 LINDA L. SHOEMAKER, accomplished musician and 30 year band director in Huntington school district, passed away peacefully in her sleep at home on August 10, at the age of 76.

Linda was born in Bell, CA in September 1942.  Her love of music and talent was inherited from both sides of her family where there were music educators and opera singers. She saw her first parade at age four and fell in love.  Linda began her clarinet study in 4th grade, and later joined the Huntington Park Youth Band where she marched for the opening of Disneyland, and in the Tournament of Roses Parade at Pasadena, CA three times with that band.  She was with the Downey HS Viking Band and then marched again with them when Richard Nixon was Grand Marshall.  After graduation from Downey, she attended two years at Long Beach State then accepted a full music scholarship as first chair at the University of Nevada, Reno.  After graduation there, she moved to Columbus Ohio, worked in a music store and attended classes at Ohio State.  In 1967, she accepted a teaching job in Huntington, teaching first at Flower Hill and Woodbury Avenue School.  She became band director at Finley Junior High, moving up to Huntington High School in 1982, and retired in 1997.  While she never gave birth, all her students were her children and she loved them deeply.  She had great support from wonderful band parents too.  Linda joined the Sunrisers Drum & Bugle Corps that she enjoyed and made more friends.

Linda was also an avid photographer and traveler and visited all over the world. She had a particular love of Ireland as she felt right at home, and adored Kenya where she went three times due to her love of nature and all animals.  At home she always had a cat or two, and raised several rough collies, her favorite breed.  Being able to attend the NY Philharmonic concerts, she also went to the NY Opera and Met Opera performances over the years.  Among her favorite singers were Luciano Pavarotti, Beverly Sills, Renata Tebaldi, Maria Callas and Leontyne Price.

Share Your Memory of
Linda
Upload Your Memory View All Memories
Be the first to upload a memory!
Share A Memory
Plant a Tree