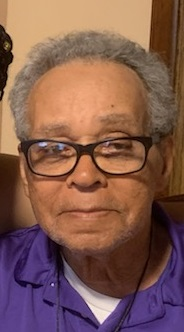 Livestream of the funeral service will be available at the following URL https://youtu.be/WWa7bp1Nqa0 10:00am Saturday January 21, 2023

Please share a memory of Seymour to include in a keepsake book for family and friends.
View Tribute Book

July 2, 1927 in the rural community of Above Rocks in St. Catherine, Jamaica.  Seymour emigrated to the United States in the 1950’s and attended Long Island University in Brooklyn, New York  where he joined Phi Beta Sigma Fraternity and enjoyed playing cricket.  He met and married Edna May Weeks in Brooklyn, N.Y. in 1954 and their union yielded four sons.

Seymour was a hard worker who was dedicated to providing for his family.  Soon after leaving his university studies, he was employed by Kings County Hospital where he worked in the blood bank for 27 years retiring as a Supervisor at King County and Lenox Hill Hospitals.

Seymour and his family moved to Huntington, New York in Long Island soon after his last child was born and he resided there for the balance of his life. He participated in many civic events in his community of Huntington and especially enjoyed tending to the community garden.  Seymour was an avid gardener and shared his bounty with the community and his family. He was also a consistent participant during elections attending the polls as a volunteer for many years.  He enjoyed the company of his grandchildren and great grandchild and for some time he was the first face they came home to after school.

Seymour passed away peacefully in his sleep on January 4, 2023 at the age of 95. He was predeceased by his loving wife of nearly 60 years, Edna Mae Hinds, and is survived by four sons Kenley, Gary (Marlena), Darian (Aureon) and Duane; Grandchildren Asia, Taylia, Joshua, Isaiah and Nia Hinds; and Great-granddaughter Ameerah.  He was also predeceased by his brothers, the late Lunville Creary, Joslyn Errar, Roy McKay, Ralph Hylton, William Hinds, and Donald Hinds and is survived by a host of nieces, nephews, cousins, other family members, and many dear friends.

Livestream of the funeral service will be available
at the following URL https://youtu.be/WWa7bp1Nqa0

Share Your Memory of
Seymour
Upload Your Memory View All Memories
Be the first to upload a memory!
Share A Memory