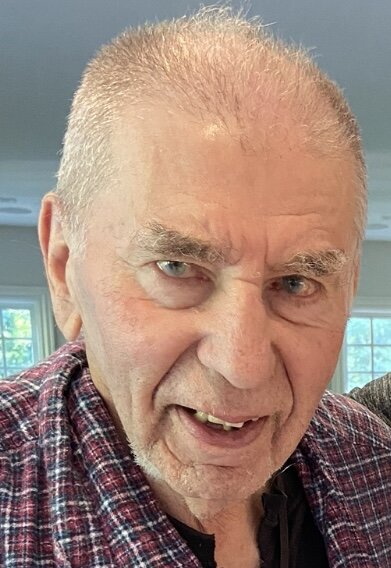 Please share a memory of Paul to include in a keepsake book for family and friends.
View Tribute Book

Paul J. Cassar (Uncle Paulie as so many lovingly knew him), 92, of Huntington Station, NY passed peacefully on January 7th, 2023.

Predeceased by his loving parents, the late Joseph and Carmela Cassar. Beloved husband of the late Antonett You Jae Soon. Beloved father of the late Anthony Cassar. Loving brother of Grace (the late Carmelo), John (Marie), Rosemary (the late Fred), Patricia (Timothy), Michael (the late Lee Ann), and Timothy (Robin). An irreplaceable uncle and great uncle to many nieces and nephews.

Paul was born in 1930 in Detroit, Michigan to Maltese parents Joseph and Carmela. He played football in high school and always wanted to study business. When the military draft began in the United States, he decided to voluntarily join the US Army. He was deployed to Korea. While in Korea, he met and fell in love with a local young lady named Antonett. He married her in the Catholic Church in Korea and they had a son and named him Anthony. Paul would lovingly call him Tony. Paul chose to stay in Korea to provide for his family. There he rejoined the army. The government in Korea during the war, however, did not recognize his marriage as legitimate and separated him from his family. Paul came to the United States to work and help provide for his family back in Korea. He tried tirelessly to get the paperwork needed to bring his family to America. While in the United States however, he was informed that his son had died from an illness. He continued to write letters and keep in touch with his wife Antonett and flew back to Korea to visit his son’s gravesite. His wife eventually stopped writing letters back to him and he concluded that she had passed away. Paul never remarried and stayed faithful to his vows to Antonett until his death.

Paul then lived with his brother John and sister in law Marie for 16 years. After that time Paul bought a home in Huntington Station - a home that was open to all of his nieces and nephews and several of them at one time or another lived there with him! Uncle Paulie’s door was always open to his family. He earned a living as a painter and painted many, many homes. But his true passion and favorite pastime was fishing and working on his humble boat. His true calling in life should have been that of “Nutritionist” as he taught ALL of us about what cancer-causing foods we should avoid and what supplements we should be taking! His favorite sport to play with his brother John and his nephews was Handball and he looked forward to their weekly games - even when the nephews would cheat at the game! Everyone who knew Uncle Paulie knew that the way to his heart was by bringing him a Dunkin Donuts coffee and his favorite Wild by Nature “Morning Glory” muffin!

Paul’s Faith in God, his dedication and obedience to the Catholic Church and the rules of the Church, and his devotion to our Blessed Mother was admirable and an example to his entire family. He ALWAYS wore his sacred Brown Scapular and told a few family members to not forget two things when he died: to make sure that the Brown Scapular was on him around his neck and to please pray the Divine Mercy Chaplet for him. Paul always asked for forgiveness when he was wrong and he knew how to forgive others. His strong Faith remained with him all of his life. Paul came from St. Hugh of Lincoln Parish but eventually made the Church of St. Patrick his home where he went to daily Mass and always sat in the same spot in the very last pew. Paul wholeheartedly believed in the Real Presence of Jesus Christ in the Holy Eucharist.

Uncle Paulie will be remembered as a man who lived his Faith and loved his family. He will be missed dearly by all of us. If you are reading this today, please join his family in continuing to pray for his soul as he requested.

In lieu of flowers, please make donations to:

Share Your Memory of
Paul
Upload Your Memory View All Memories
Be the first to upload a memory!
Share A Memory