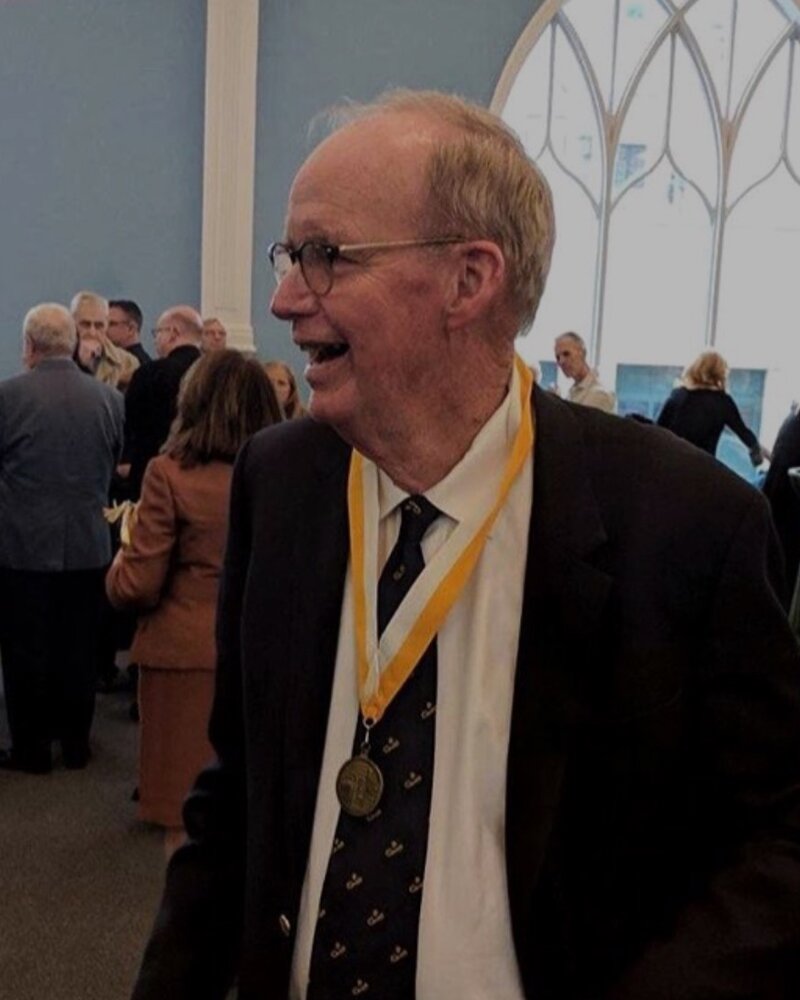 Please share a memory of Albert to include in a keepsake book for family and friends.
View Tribute Book

Buz was born in Lawrence, Massachusetts to Albert Q. and Louise Murray in 1934.  He attended Central Catholic High School in Lawrence, and The College of the Holy Cross '55, Worcester, Mass. He served as a Private in the US Air Force in Washington D.C. prior to moving to New York City, where he met his wife, Carol in Greenwich Village in 1957; eventually settling in Huntington, New York in 1962.

During the next sixty years, he dedicated himself to his family, his community and his parish.

Deeply committed to his life as a Catholic Christian, he immersed himself in service to those in need. He served as a volunteer with the homeless, as a spiritual guide to prisoners, as a grief counselor to patients during the AIDS crisis and to families affected by the 9/11 tragedy. At St. Patrick’s in Huntington, he provided religious instruction to the young, was a loyal lector, Eucharistic Minister and served as a Wake Minister from 2002-2018, bringing comfort and Christ's peace to countless families & mourners.
He was a regular guest speaker at St. Patrick's RCIA program, sharing his vast knowledge of scripture and theology. He was also a popular coach to many in St. Patrick's little league baseball program.
Always a student of theology and the scriptures, Buz earned a Master’s degree in Christian Spirituality from the Seminary of the Immaculate Conception in Lloyd Harbor, NY at age 65, where he also worked as a member of the library staff. He was awarded the St. Agnes Medal of Service in 2018, an award recognizing and honoring those who generously and unselfishly give of themselves to their parishes.

A warm and welcoming personality, he attracted a diverse community of friends and acquaintances. Topics he enjoyed discussing were philosophy, literature,  relationships, spirituality, the Boston Red Sox and the New York Jets. Often found on their front porch with his wife; friends were always welcomed to stop in and share in the conversation and endless hors d'ouevres and wine.

Buz instilled in his family the importance of gratitude, community and faith. His humor, empathy and embrace made him the loving man we all adore. His commitment to his family and community is everlasting. The love that is shared for Buz shows the magnitude of the lives he has touched. He is loved and will be missed dearly.

Share Your Memory of
Albert
Upload Your Memory View All Memories
Be the first to upload a memory!
Share A Memory