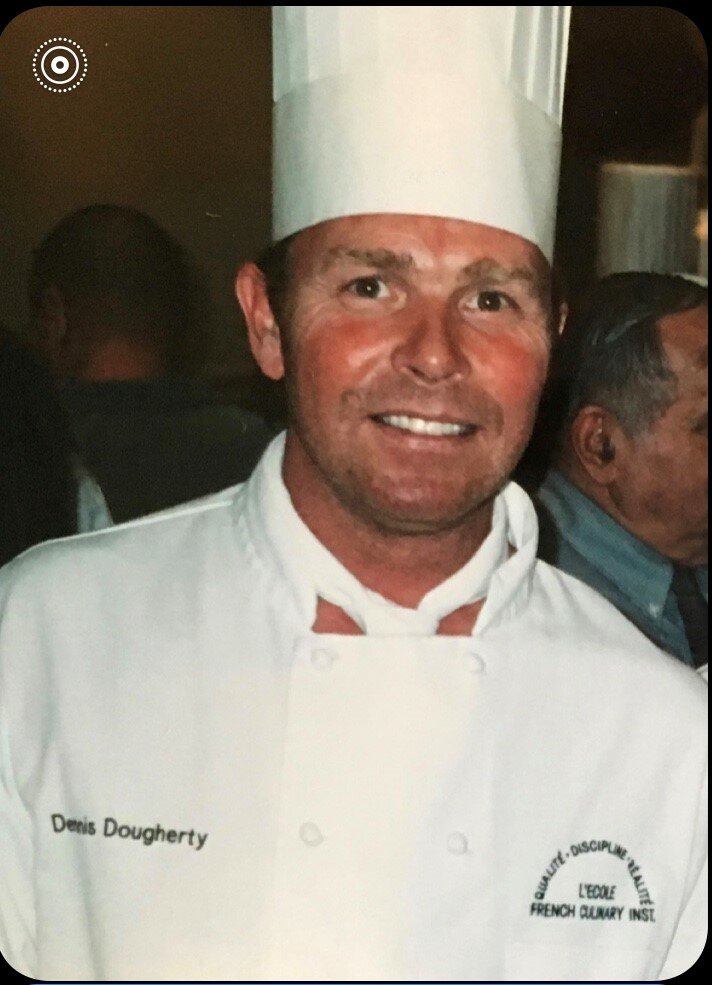 Please share a memory of Dennis to include in a keepsake book for family and friends.
View Tribute Book

Dennis Michael Dougherty, 59, of Boynton Beach, FL., formerly of Huntington, NY, unexpectedly
passed away on Saturday, Novemer 19, 2022.
Dennis was the beloved son of Dennis and Trudie Dougherty, and brother to - Kelly (Alex) Kupisz,
Maureen (Al) Salese, and John (Diane).
Dennis was the fun-loving, uncle of Brittany, Alyssa, Kristina, Alex, Brendan, Katie and Connor.
Dennis was the adored nephew of John Dougherty, Maureen and Donald Mayerhofer, Marie and
Joseph Infranca, and Carol Thompson. Fond cousin to the Mayerhofer, Infranca and Thompson
families. Valued friend to many especially Sandra Larkin, Trica Pasenella, Anne Devine and Chris &
Brian Sheerin.
Dennis received is BS in Business Administration from Ohio Wesleyan University and joined Merrill
Lynch where he became a registered financial advisor. Dennis’ true passion was realized when he
graduated from The French Culinary Institute, which led to a successful career as a professional
chef which had taken him on assignments globally.
Dennis was a talented photographer and interior designer, but his true gifts were his generous spirit
and unique sense of humor which enriched the lives of his family, friends and colleagues.
In lieu of flowers, memorial donations made to: Meals On Wheels Palm Beaches
(https://mealsonwheelspalmbeaches.org/tribute-donations) in Dennis’ name would be greatly
appreciated.
Visitation on Sunday, November 27th from 3-6pm at M.A. Connell Funeral Home, 934 New York
Ave., Huntington Station. Funeral Mass on Monday, November 28th @ 9:45am at St. Patrick’s
Church, Huntington. Interment to follow at Pinelawn Memorial Park.

Share Your Memory of
Dennis
Upload Your Memory View All Memories
Be the first to upload a memory!
Share A Memory