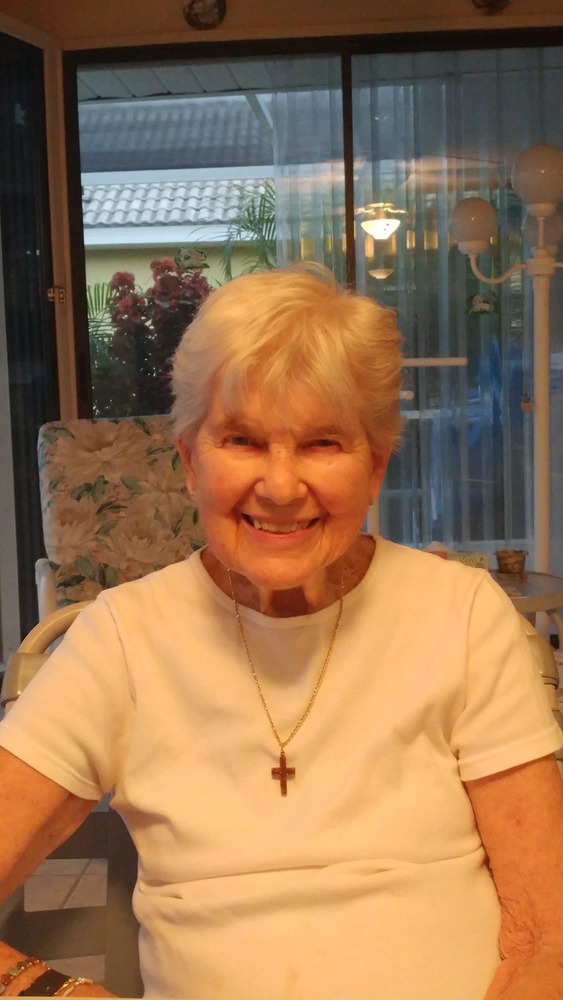 Please share a memory of Anne to include in a keepsake book for family and friends.
View Tribute Book

While raising her children, Anne worked for the Social Security Administration for over 25 years before her and Walter retired to Punta Gorda Florida in June of 1986.

Anne became an ordained minister for the Science of Mind Church in 1991. Anne then went to work Part time at the Daily Sun (known as the Charlotte Sun at that time) doing telemarketing. She worked there for almost 15 years with a brief time off for her husband's passing in 2001. She finally retired in 2015.

Anne was an avid table tennis player winning many championship medals. She collected Angel figurines and was always giving them away to others. She loved knitting, cooking, reading, traveling, music, but most of all her family. She was a positive role model to all.

In 2003 she met Stanley Anderson and they enjoyed many years of love and friendship. They traveled the world together visiting Africa, Switzerland, England and many places throughout the United States.

Anne is survived by her life partner Stanley Anderson, her three sons and their wives, Frank & Philippa, David & Macy, Walter Jr. & Nancy, 10 grandchildren, 13 great-grandchildren with another on the way.

She was predeceased by her parents, and her husband Walter Milback Sr., as well as her daughter and son-in-law, Kathleen and Peter Chiccino.

Anne will be missed by all those who knew her and loved her. Her love, guidance and outlook on life was a great influence to many.

Donations can be made to the American Cancer Society or to the Red Cross Disaster Relief Fund.

Share Your Memory of
Anne
Upload Your Memory View All Memories
Be the first to upload a memory!
Share A Memory