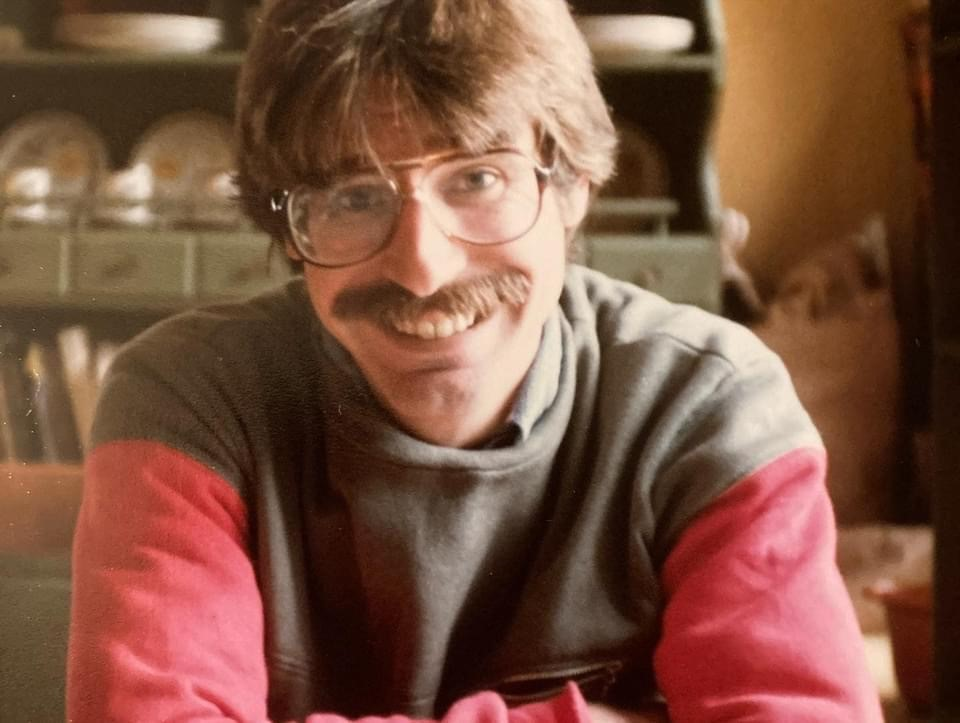 Please share a memory of David to include in a keepsake book for family and friends.
View Tribute Book

Growing up in Huntington Bay, Dave graduated from Huntington High and obtained a BA from SUNY Oswego. Early in life Dave excelled in so many areas:  academically, in the arts, as a musician, tinkerer, writer, photographer, inventor. Settling for a time in Fulton County NY, Dave pursued his passion for photojournalism, working for the Fulton Patriot and later, after moving back to Long Island, for the Smithtown Messenger.

As extraordinary as were his intellect and talents, it was Dave’s quiet kindness and love for his friends and family that are indelible. Friends remember him as gentle, humble, easygoing, smart, handsome. Dave treasured the wonderful friendships and memories of youth that supported him throughout his life.  Deeply faithful, Dave was held up by prayer through a life of challenges, including Parkinson’s disease. Striving to live fully, Dave’s essence is most eloquently captured by his oldest niece, Jennifer Prat:

“My uncle was magnificent. He could sit down at my grandma’s decades-out-of-tune piano and make it sing, because he could compensate for the broken keys. When his dexterity failed to point that he could no longer play guitar, he just switched to the bass because the strings were bigger. He drew until his hands stopped working, and then he picked up his camera. He never stopped writing. We have logged hours talking about art, music, photo processing, painting, and the vast strangeness of the human mind... He had the most gentle soul I’ve ever known and he found beauty in everything. He loved with every fiber of his being. And he was happy. Through all of it, he was unequivocally happy.”

Dave is survived by his Mom, Florence (Joseph, deceased), sisters Deb Kosits (Roger, deceased) and Amy Crowley (Cliff), dear partner of over 35 years Christine and sweet pup Bennie and cat, Doris, seven nieces and nephews and their spouses and four great-nieces and nephews. We will all hold him in our hearts forever. Private services will be held 10.15 and the family ask you to consider donations in David’s name to the American Parkinson Disease Association www.apdaparkinson.org to support research.

Share Your Memory of
David
Upload Your Memory View All Memories
Be the first to upload a memory!
Share A Memory