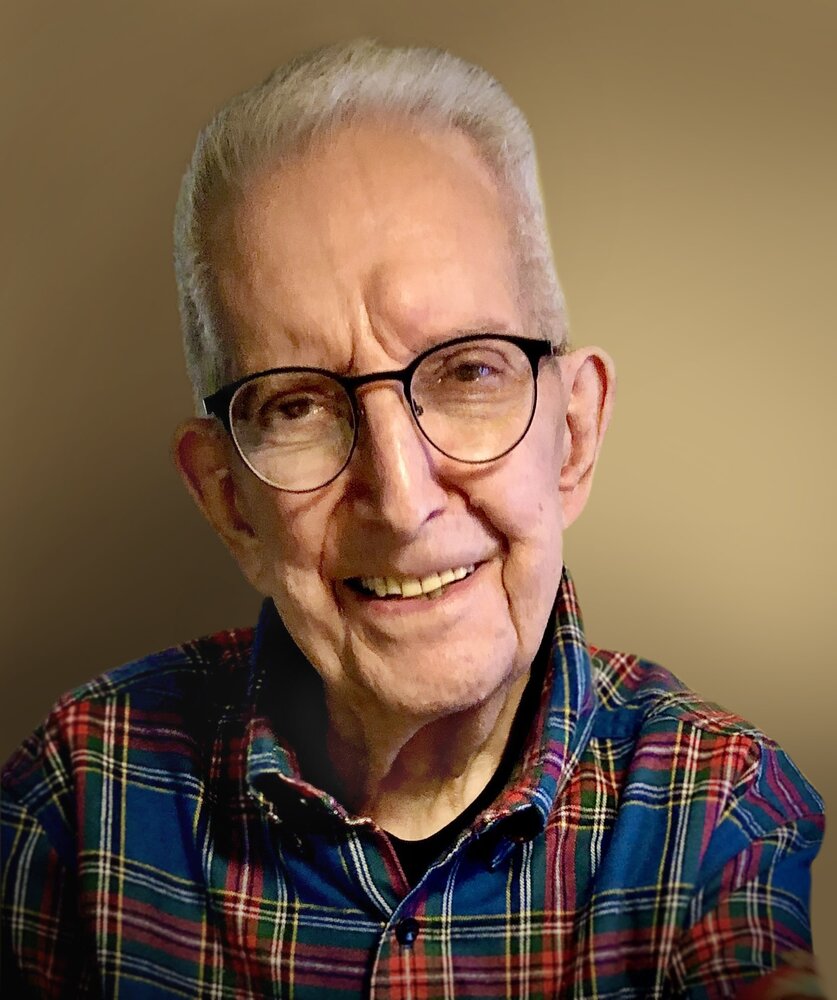 Please share a memory of Carl to include in a keepsake book for family and friends.
View Tribute Book

Studer – Carl went home to God on October 4, 2022 at age 91, surrounded by his family in Hospice, East Northport, NY.  He was a great man.  Born in Spring Lake, NJ, in 1930 he was the eldest son of Carl J. Studer, Sr. and Maria Polhemus.  He was a graduate of St. Benedict’s Preparatory School.  In his youth, he worked for the USPS, worked as a cabana boy at Bradley Beach, and spent a summer picking produce in Freehold with his siblings.  He attended Seton Hall, and ultimately graduated from Indiana University in Bloomington with a B.S. in Physics and Mathematics and an M.B.A.  He proudly served in the United States Air Force, becoming an Atomic Weapons Electronics Fusing Expert holding a Top-Secret Q clearance with the Atomic Energy Commission.  In the 1950’s while attending Indiana University, he worked as a Nuclear Physicist, Civil Engineer, and Surveyor after obtaining a Land Surveyors License.  From 1960 to 1970, he was the Chief Project Engineer of Plant Design and Computer Systems Development for General Dynamics, Electric Boat Division in Groton, CT.  From 1970-1991, he was Vice President of Communications, responsible for all communications and computing resources at Schweber Electronics, Westbury, NY.

He was preceded in death by his beloved parents and his brother and close friend, Richard; and his sons, CJ (Carl James) and Ed (Edward Eugene).  Carl is survived by his loving wife of 2 years, Michele Miroff who had been his partner for 25 years; his children and their spouses: Anne-Maria “Ria” Studer (Bob Weidmayer), Ramona “Mona” Moser (Douglas), Ruth “Ruthie” Studer (Jan Jensen), Mary E. Smith (John), Leslie A. Studer (daughter-in-law), and Erica Stolz (Tim); 6 grandchildren: Ryan Rothenberger (Liz), Tyler, Cassidy, Gabrielle “Gabby”, Landon, and Tim “TJ”; and his great grandson, Hunter Rothenberger; his sister, Sister Magdalena Studer, and his brother, Peter Studer (Inge), and his sister-in-law, Patricia Studer.  He is also survived by his loving nieces and nephews: Cathy (Rex), Maria (Mike), Richard (Debbie), Lara, John; and his great nieces and nephews:  Noah and Tiffany; and his great-great nieces: Ava, Anna, Harper, and Sophie.

Carl J. Studer was proud to serve his country.  He never expected anyone to do something that he would not do.  His motto was “those who fail to follow up, fail!”  For those in need, he was always there to lend a hand -- he showed up.  He was stubborn, yet humble.  He was influenced by the Benedictine way of life.  He respected the opinions of others even when he vehemently disagreed.  In his younger years he was an avid card player, bowler, golfer, and boater.  He loved scale modeling and model trains.  He was proud to be a Big Brother to Thaddeus Karwat (deceased).  He was a staunch supporter of education and his Roman Catholic faith.  He was not materialistic, and nothing was more important than taking care of your health and getting a good education.  Carl didn’t make friends easily but if you became one of his friends, you were a friend for life, and he would do anything for you.  He will be sorely missed.  He was a great man.

Share Your Memory of
Carl
Upload Your Memory View All Memories
Be the first to upload a memory!
Share A Memory