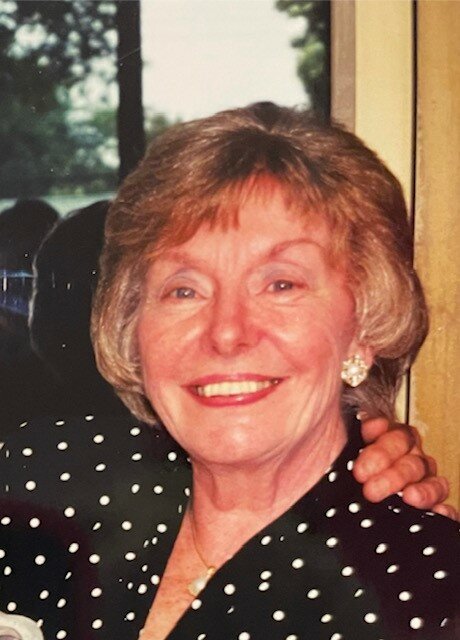 Please share a memory of Anne to include in a keepsake book for family and friends.
View Tribute Book

It is with great sadness that we announce that Anne (Cusick) Lizzo, “Miss Anne,” age 88 gained her angel wings on September 3, 2022. Anne was the only child of George and Anna Cusick. She was married to the love of her life, Frank Lizzo for 68 yrs. Survived by her three children, Carol Anne Dow, twins James (Lynne) and Jeffrey (Maria) Lizzo. Adoring grandmother to six grandchildren, Meredith, Thomas (Diana) Dow, Christina, Gabriella, Brianna and Jimmy Lizzo.

Anne was a lifelong resident of Huntington, NY. She attended St. Patrick’s School, St. Dominic’s High School and Queens College. At age three, she started dancing lessons, through her childhood she danced weekly at the Veterans Hospital and at Madonna Heights Residence. At age eleven, she adapted a chicken coop to serve as the Play Time Dance Studio and gave porch shows before taking her act islandwide and dancing on television shows including Aunt Grace’s Birthday Party and Ted Mack’s Original Amateur Hour. In her early career, she performed at the Huntington Theater and The Elks Club.

In 1954, she married musician Frank Lizzo and on October 6th opened the Huntington School of Music and Dance on Spring Road in Huntington, NY. She produced recitals with live music, singing and dancing which showcased the amazing talents of all her students for 43 years.

Anne has also been an effective volunteer in her community. She served as a Religious Education Teacher at St. Patrick’s from 1988 through 1993; assisted with productions of musicals at St. Dominic’s High School, Finley Middle School, St. Hugh’s and the Junior Welfare League of Huntington. Between 1955 - 1988 she donated all of the profits from her recitals to the Huntington Hospital Auxiliary and First Aid Squad.

In 1998, she conducted tap dancing classes for senior citizens at the Huntington Senior Center.

In 2002, Anne was honored with an award by the New York State Legislature in Albany for her “Outstanding Contribution By A Senior Citizen”.

Anne was a very active and industrious woman. She inspired and enriched the lives of her family, friends and students through her love and respect for others. She generously shared the wisdom gained over the years of experiencing life to its fullest. Miss Anne will be incredibly missed. She will continue dancing in the beautiful heavens above as our memories of her will live on forever!

Share Your Memory of
Anne
Upload Your Memory View All Memories
Be the first to upload a memory!
Share A Memory