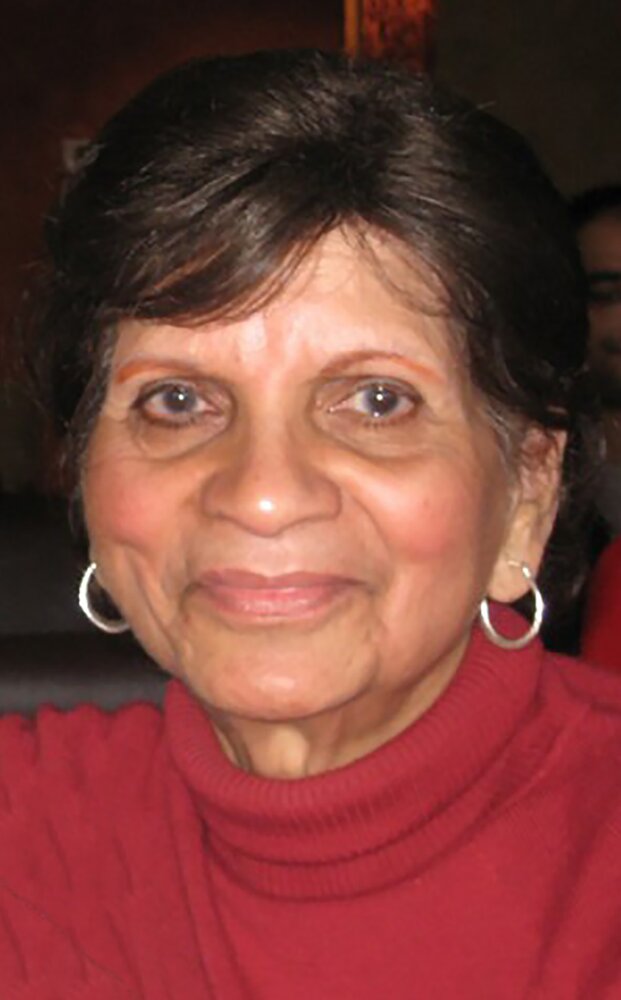 Please share a memory of Sylvia to include in a keepsake book for family and friends.
View Tribute Book

Mrs. Sylvia Baldeosingh was born on March 15. 1927 and passed away on August 8, 2022 at home in Huntington NY.  She was survived by her 4 children, 11 grandchildren and 11 great grandchildren. She was born in Siparia Trinidad, the daughter of Motyah and Galo Seecharan and was the last surviving sibling of 4 daughters: Bhyaratie (Dolly), Lutchmin (Gracy) and Phoolan.  Her parents died when she was a child and the four sisters were separated to live with different relatives. Sylvia was often fond of speaking of her grandmother, Dhoray, who was the matriarch of the family and originally from India. Sylvia went to live with her Aunt Maggie, who among other businesses owned a movie house. It would be at the movie house that she would eventually meet and married Sundar Baldeosingh and started a family that would grow to include Isabel, Christabel, Steve and Maureen.

Sylvia would eventually move to New York in 1980 to live with her daughter Isabel, and worked at Del Labs in Farmingdale for 20 years. Despite not having an education much beyond elementary school, she valued education and enjoyed reading the newspaper everyday as well as watching the news on TV in the evening. She also loved to write letters and to surround herself with pictures of family. Amongst her family and community she was known for her kindness and warmth, and she was always ready to give anyone a smile. Neighbors and family friends often called her Mom as there could be no better description for her, as her caring and compassionate ways, made her a special person in all the lives she touched.

Share Your Memory of
Sylvia
Upload Your Memory View All Memories
Be the first to upload a memory!
Share A Memory