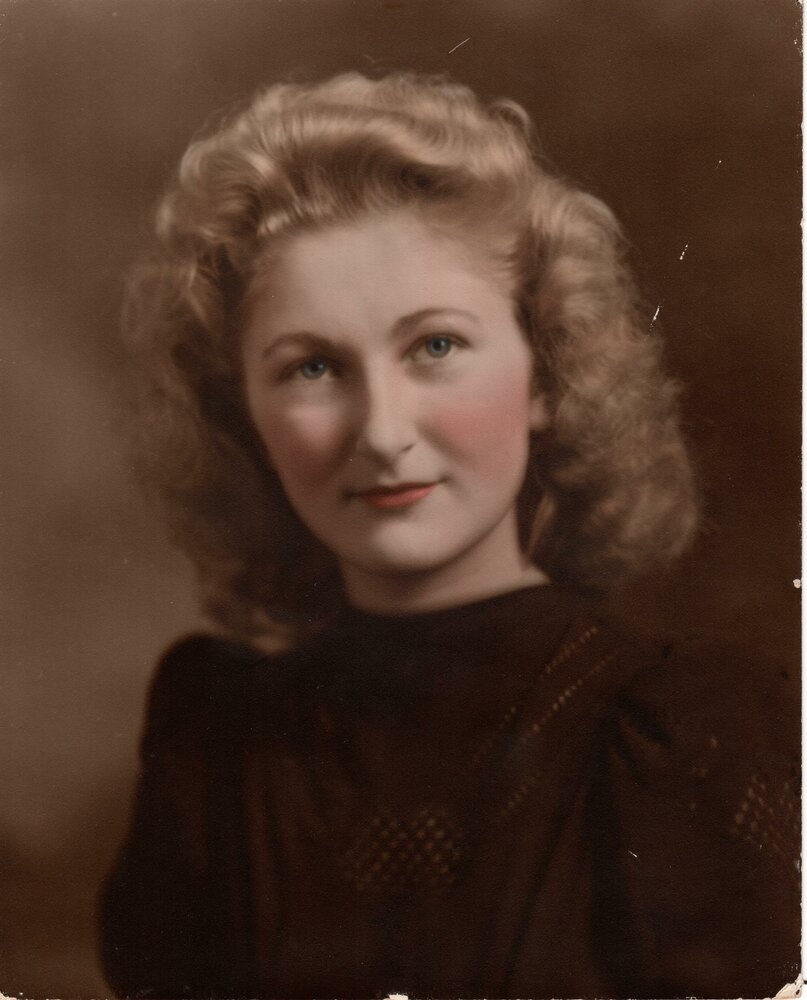 Get Directions
Thursday
19
May

Get Directions
Thursday
19
May

Please share a memory of Ruth to include in a keepsake book for family and friends.
View Tribute Book

Ruth Sutton of Melville, New York passed away at home on May 14, 2022.  She is survived by her three children, Susan Breslin, Steven Sutton, Jack Sutton, and grandmother to Christopher (Mary) Breslin, Janine (Christopher) Golub, Jimmy (Jaime) Sutton, Rob (Zoe) Sutton and Karl Sutton.  She is predeceased by her husband William P. Sutton, and daughter-in-law, Jane Sutton.    She was great-grandmother to Megan and Charlie Breslin; Ella, Dean and Miles Golub; William and Rosie Sutton, and Loki Sutton.   Her final days were spent surrounded by her family, including visits from all of her great-grandchildren, and a “grand dog”, belonging to her daughter.

Ruth was born in 1924, in Brooklyn, New York.  A very intelligent young woman, she skipped 2 grades and graduated from John Adams High School in Queens, at 15.   There, is where she met her husband to be, William “Bill” Sutton.   They moved to Melville in 1960, where Ruth was a homemaker as they continued to raise their 3 children.   Once their children were grown, Ruth entered the workforce, starting in the Library, at Holy Family High School (now St. Anthony’s).  She moved on to bookkeeping and secretarial roles at an advertising company, and lastly worked at Huntington Hospital in the Admitting Department, where she retired at 77.   She was widowed in 1998, afterwards, ferociously, maintaining her independence. She was still driving, well into her 90s, driving around town, shopping, socializing with friends and attending family gatherings.

Never falling behind the times, she was connected to the internet, staying in touch with family and friends through email and Facebook, just up to before she passed.  She was very active in her children’s, grandchildren, and great grandchildren’s lives, always excited and proud, with each milestone, accomplishment, and new event.  She was an avid reader, often reading more than one book in a week.   She always had pets, and even babysat her children’s pets.  Her last canine companion, Casper, lived with her for 18 years.

Visitation will be at M.A. Connell Funeral Home from 4:00 to 7:00 p.m. on Wednesday, May 18.  A funeral mass will be held at St. Elizabeth’s Church on Wolf Hill Road in Melville on Thursday morning, May 19th at 9:30am.  Her final resting place will be at Calverton National Cemetery alongside her husband, William.     In lieu of flowers and in honor of her love of animals, donations can be made to:  Little Shelter Animal Rescue, 33 Warner Road, Huntington, NY 11743.

Share Your Memory of
Ruth
Upload Your Memory View All Memories
Be the first to upload a memory!
Share A Memory