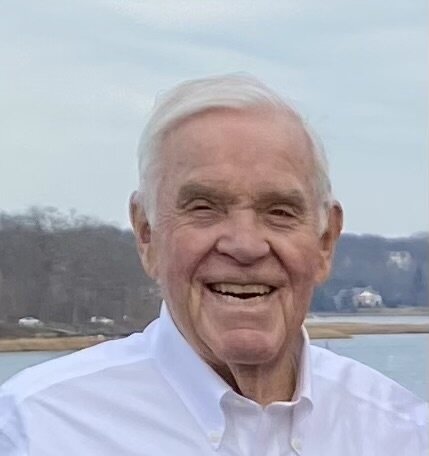 Get Directions
Tuesday
17
May

Get Directions
Wednesday
18
May

Get Directions
Wednesday
18
May

Please share a memory of Richard to include in a keepsake book for family and friends.
View Tribute Book

Richard Kleinknecht of Lloyd Harbor, New York, passed away at home on May 12, 2022, with his beloved wife of 57 years, Suzanne by his side.  Richard’s final days were spent surrounded by his family, his grandchildren, and his loyal dogs.  He was 84 years old and died from complications related to Leukemia.

Throughout his life, Richard was known for his tenacity both personally and professionally.  He and Suzanne raised four children, Lisa (Paul) Canty, Mark (Jessica), Eric, and Drew, who passed away in 1988.  Together they have nine grandchildren.

Richard started his career building his family company, Kleinknecht Electric Company, into one of the largest Local 3 contractors in the New York area.  Later, Richard acquired IPC Information Systems which he built and took it public.  After serving as the IPC Chairman and CEO, Richard returned to Kleinknecht Electric as President in 1998 where he finished his career.  He was known as a highly innovative thinker in the electrical industry and earned the respect of his peers.

All those who knew Richard, knew he was a force, the kind of person who made an impact in whatever he went after.  Richard’s career was filled with achievement and success but Richard, without a doubt considered his family his greatest achievement of all.  He spent his retirement actively involved in the lives of all nine of his grandchildren, sharing his love of fishing, the ocean and teaching them to follow in his generous spirit and passion for life.

Visitation will be held at M.A. Connell Funeral Home from 2:00 pm to 4:00 pm and 7:00 pm to 9:00 pm on Tuesday, May 17, 2022.  Services will be held at St. John’s Episcopal Church in Cold Spring Harbor, NY at 11:00 am on Wednesday May 18, 2022.  Richard’s final resting place will be alongside his son, Drew in the Memorial Cemetery of St. John’s Church.  In lieu of flowers the family asks that you make donations in memory of Richard to the NYU Perlmutter Cancer Center.