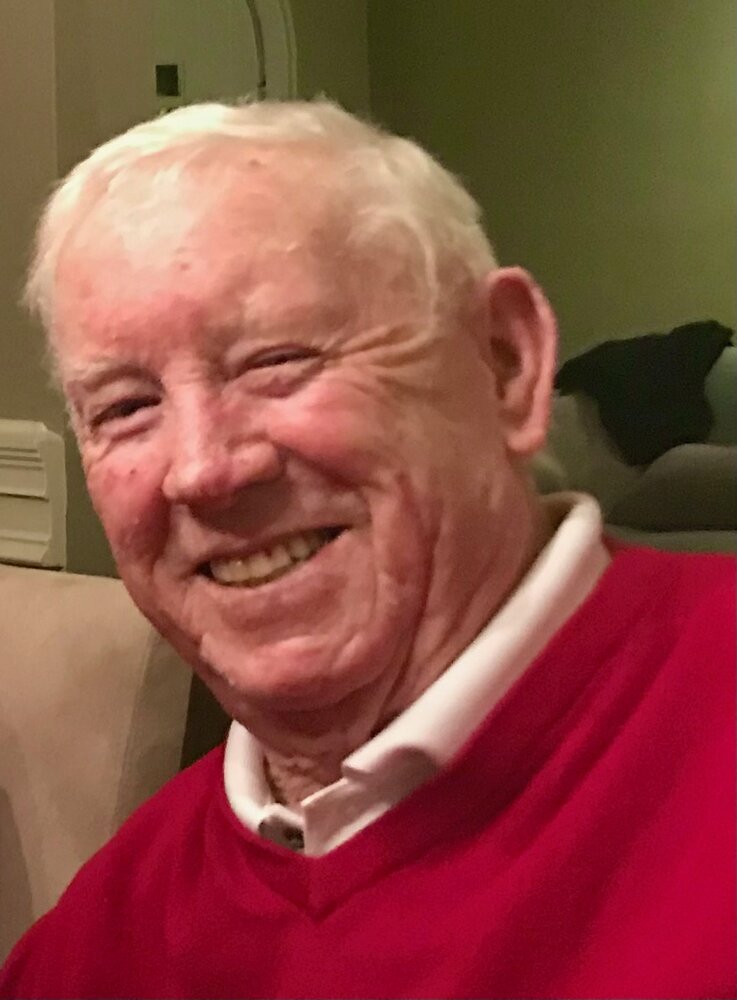 Please share a memory of Thomas to include in a keepsake book for family and friends.
View Tribute Book
It is with deepest sorrow that we announce the passing of our beloved husband, father and grandfather, Thomas More Schratwieser, Sr., 86, of Clermont, FL on March 9, 2022. Thomas passed away peacefully surrounded by family after suffering complications from Metastatic Melanoma lung cancer. Thomas was born and raised in East Rockaway, NY with his four older brothers and younger sister. Married in 1962 he moved his family to Huntington Station, NY where they resided for over twenty-five years. He and his wife retired to Florida in 1999. Tom enjoyed a great game of golf, hitting three holes-in-one in his lifetime; a seat on a ski boat; a glass of scotch and most of all spending quality time with his family and friends. Thomas was a veteran of the U.S. Army where he proudly served his country. He was a passionate and skilled carpenter/wire lather throughout his life even after his construction career in New York City was ended in 1990 by an on-site accident. He was very proud to have worked on the former World Trade Center, the TWA building at JKF International Airport and was a major part of the renovation of the Statue of Liberty in 1986. After his retirement he continued to be called upon by his children to complete many home improvement projects. Thomas is survived by many loving individuals including his wife Sheila (Robertson), four children Catherine (Luigi Molinaro), Patricia (Joseph Cocchiarelli), Tom Jr. (Jennifer Zeller) and John (Michael Pugh) and seven grandchildren who called him Pop-Pop: Julia, Kristin, Annalisa, Alexandra, Reid, Daniella and Morgan. He is also survived by his sister Mary (O’Conor), sisters-in-law Patricia (Hoyt) and Miriam and many cousins, nieces and nephews. In lieu of flowers, donations in memory of Thomas M. Schratwieser Sr. can be made to the National Multiple Sclerosis Society or Tunnels to Towers Foundation.

Share Your Memory of
Thomas
Upload Your Memory View All Memories
Be the first to upload a memory!
Share A Memory