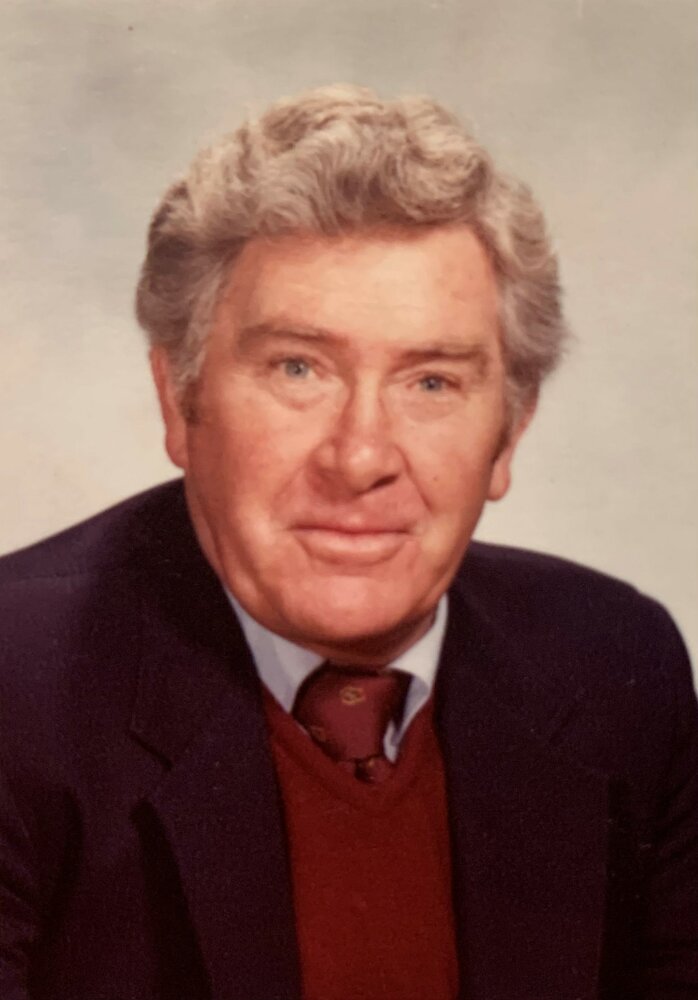 Please share a memory of Neil to include in a keepsake book for family and friends.
View Tribute Book
As he sat at the head of the dining room table amongst family and/or friends, his toast for the evening would inevitably begin jokingly with his famous phrase, "I was born in Fall River..." Neil W. Curtin, beloved husband, father, father-in-law, grandfather, great grandfather, brother, brother-in-law, favorite uncle, friend to many, a man with the sense of humor and timing of a comedic professional, passed away on February 6, 2022. Neil was born on December 29, 1928, in Fall River, MA to Henry and Grace Curtin. The Curtin clan, which also included brothers James and Henry and sister Joyce, moved to Flushing, NY where Neil received his Catholic School education, followed up by attending Iona Preparatory School, playing his favorite sport of football. After graduating Iona Prep, Neil began his college years at Cortland College, joined the Army and served our country during the Korean War and eventually returned to Cortland College where he met the love of his life for close to 65 years, Barbara Sweet. Neil and Barbara both graduated Cortland with their teaching degrees. Neil began his career in Trumansburg, NY and then he and Barbara moved to Huntington, LI in 1958 where they raised their three daughters and Neil enjoyed a 30 plus year career teaching 5th and 6th grades at Oakwood Elementary School in the South Huntington School District. His summers were spent working for the Town of Huntington, running the Summer Parks and Recreation Program for many years, a job he thoroughly enjoyed as much as teaching. Retirement years brought traveling, partaking in his grandchildren’s accomplishments, of which he was quite proud and just enjoying time spent with family and friends. To know Neil was to know a man who could tell a great story, had a quick wit and was usually the life of the party. Always curious, he loved current events and hearing all about family members' and friends' adventures alike. He was an enthusiast of all sports, NY Giants being a favorite team, much to his disappointment in recent years. He was an avid reader, history buff and crossword completer. Happy hours with good company, vodka on the rocks, an occasional glass of red, food piping hot and enjoying his days with Barbara made him smile. Neil was upbeat and funny to the end of his 93 years. We've been so blessed having him in our lives for so long. He will be missed by many. Neil was predeceased by his parents, Henry and Grace; brothers and sisters-in-law, Jim and Trudy Curtin and Henry and Clara Curtin; brothers-in law Thomas Meagher and Donald Walsh. Neil is survived by his wife Barbara; daughters Virginia (number one son-in-law David) Keller, Nancy Curtin and Susan (number one son-in-law Normand) Page; 7 grandchildren; 5 great grandchildren; sister Joyce Walsh; sister-in-law Martha Meagher; many nieces and nephews and life long friends and neighbors. Neil requested no formal services. In true fashion, his wish was to have a party to celebrate his life which will be held at a future date. "A well-developed sense of humor is the pole that adds balance to your steps as you walk the tightrope of life." - William Arthur Ward, American writer.

Share Your Memory of
Neil
Upload Your Memory View All Memories
Be the first to upload a memory!
Share A Memory