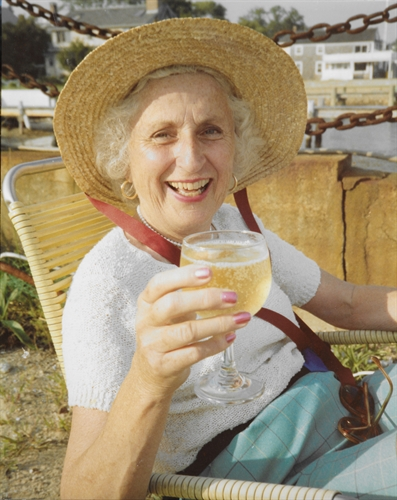 Please share a memory of Mary to include in a keepsake book for family and friends.
View Tribute Book
Mary Vincent Schuster, a longtime resident of Huntington Bay passed away on February 16, 2022, at the age of 95, one day shy of her 96th birthday. Mary was a ground breaker in many ways, she earned a bachelor’s degree in chemistry from Mount St. Vincent College and later became one of the first female perfumers in the industry. In 1959, she married the love of her life Richard Schuster. They shared a love of sailing. They moved to Huntington Bay in 1969 and never left. Mary lost Richard to a heart attack in 1978. She decided to continue racing their sailboat “Coconut.” She became the first female member of the Lloyd Harbor Yacht Club. She often raced with all female crews and took home many trophies. She took an all-female crew to the re-dedication of the Statue of Liberty in Manhattan in 1986. She was written up in a national sailing magazine. She also gave of her time, volunteering at the Community Thrift Shop. She also loved playing Bridge with her friends. She was a devoted Catholic. Mary remarried in 1995 to Oscar Muller of Connecticut, a longtime family friend, who predeceased her in 2001. But family was most important to her. She adored being with her daughter, Edie and son in law, Frank and their children, Mary Frances, Jessica and CR. She also adored her Miniature Schnauzers Jasmin, Violet and Lilly. She is also survived by her brother, Joseph Vincent, of Florida. She came from a large family of seven siblings (all others predeceasing her) Katherine, Brian, Kieran, Robert, and Gerard. Kieran was killed in WWII. A loss that was always with her. She is also survived by many nieces and nephews that she loved dearly.

Share Your Memory of
Mary
Upload Your Memory View All Memories
Be the first to upload a memory!
Share A Memory