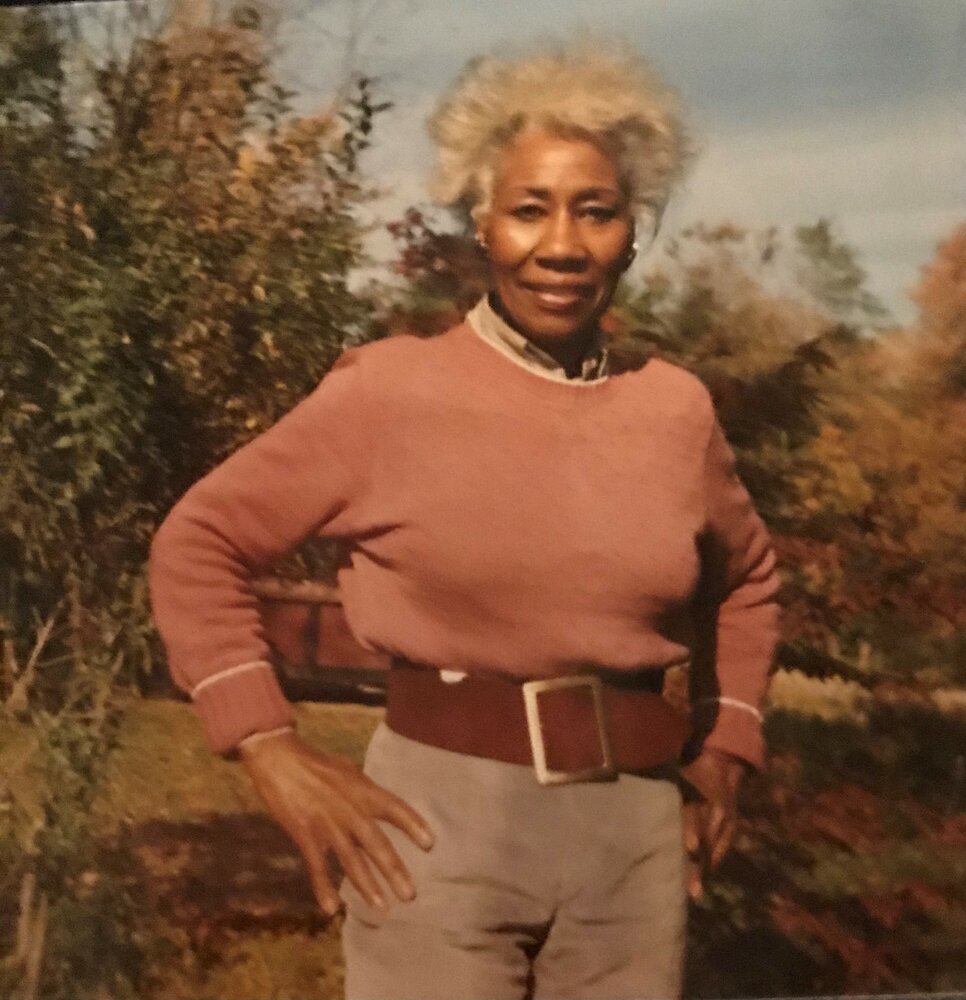 Please share a memory of Pearl to include in a keepsake book for family and friends.
View Tribute Book
Pearl A. Smith was born on May 11th, 1922 in Maple Grove, Virginia to Harry Bushrod and Gracie Brown Bushrod. Pearl would've turned 100 years old on May 11th of this year. She was the second of eleven Bushrod children which consisted of five brothers and five sisters William, Violet, John, Julia, Annie, Samuel, Lou, Clarice, Thelma and Russell. Pearl lived an exhilarating youth, where she would walk a total of twenty fours miles per day (12 miles each way) to and from school regardless of weather. She was the leader of the household where she provided guidance and direction for her siblings who did not object to her commands. At the age of 19, Pearl moved to the town of Huntington, NY to pursue a working career where she would meet and marry Benjamin Smith Sr. Pearl had four sons (Leonard, Aaron, Benjamin Jr, and Anthony), eight grandchildren (Troy, Thea, Krystal, Brandon, Jordan, Aliyah and Miah Lynn) and four great grandchildren (Cameron, Carter, Issiah and Ilijah). Pearl was a beautiful person and a loving mother. She was a hard worker, an amazing cook and pillar of the Huntington community for many decades who was loved by all who knew her. She was a den mother for the cub scouts and then expanded her career within the Huntington School district where she worked for twenty five years in conjunction with becoming the president of the PTA. She was a very special woman who looked out for the students that she monitored and helped create opportunities to better themselves. In addition, Pearl was a diva, sophisticated and elegant with effortless style. Following her retirement, she volunteered at Huntington Hospital as a candy striper for nearly two decades. Pearl will be remembered as a loving wife, mother, grandmother and great grandmother who will be missed dearly by all survivors including nieces, nephews, cousins, other relatives and many close friends far and wide.

Share Your Memory of
Pearl
Upload Your Memory View All Memories
Be the first to upload a memory!
Share A Memory