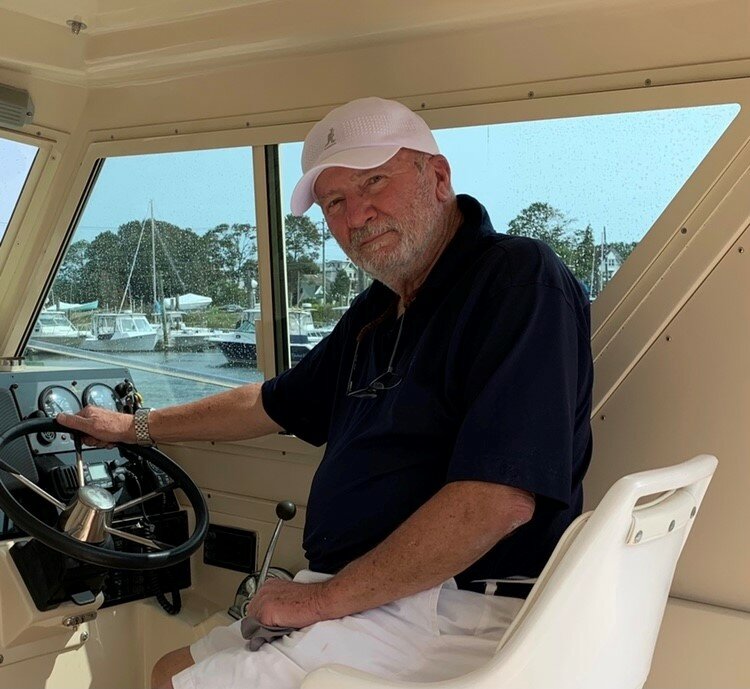 In lieu of flowers:

Memorial donations may be made to: VNS Hospice of Suffolk, 505 Main Street, Northport, New York 11768 in memory of Thaddeus.

Please share a memory of Thaddeus "Tedd" to include in a keepsake book for family and friends.
View Tribute Book
Our hearts are broken, but our lives were better, because of Tedd. The quietest man in the room was also the most loved. Born and raised in Huntington, NY to Ted and Emily Godek his roots run deep in this town. The unofficial town historian, he could tell you the history of any building in the village because Huntington has always been home. He attended St. Patrick School and Huntington High School. Always the mentor, his three younger siblings often turned to him for advice. A man of few words, but always the most insights because he truly listened. He observed everything around him taking note of the smallest details that would otherwise go unnoticed by most. His skill for embracing such details naturally paved the way for his education, interest, and success as an architect. Tedd attended New York Institute of Technology for his degree. Before beginning his professional career, Tedd decided to do his part in supporting the war in Vietnam by enlisting in the army and serving 6 years in the Army National Guard as a helicopter repairman. Tedd’s passion for architecture led to his career as County Architect for the Suffolk County Department of Public Works. He acted as advisor to the Suffolk County Planning Commission. While his career centered around designing government facilities, his most loved projects were the ones he created for family members to make their ideas a reality. A quiet man in most situations, except when it came to writing love letters to his wife, Pat, over their 46 years of marriage. The words were carefully crafted in letters and cards to convey his love for her. Childhood schoolmates, living only a block apart in the same neighborhood, later reconnected as adults. Pat and Tedd built a life of memories. Whether it be traveling to the mountains to stay in Mohonk or spending time by the water in Shelter Island. Camping in Montauk or skiing down slopes was always better because they were more than spouses, they were best friends. Perhaps the most special time was that on their boat in the 90s. They always said they would get one again to enjoy in retirement. Last year, they finally bought another one, but had less time to sail together than planned. Pat & Tedd also worked as a team to raise a family of four beautiful children. Tedd was a constant source of comfort, protection, and problem solving. Always ready to hop in the car to fix a cabinet or give a hug, his children always knew Dad would show up for them. Tedd’s life was rich with hobbies and interests that made him an expert in so many areas. He was an avid reader, often sitting in his kitchen chair at the end of the counter reading one of his 3 daily newspapers. Tedd was also a motorcycle enthusiast, owning his first bike as a young adult, he treated himself to a Honda Supersport later in retirement. His spare time also led to a new love on the Bocce court. He became an active member and would never miss a game or chance to improve his skills practicing solo with the court lights shining. It was more than a game, but also became a community. There was no greater joy in Tedd’s life than his 8 grandchildren. He held each baby in his arms and they instantly adored him. As they got older, he continued to find ways to connect with them by playing chess, building Legos, or sharing a snack. There was a special twinkle in his eye that was reserved for his time with them. We know we will continue to see him within them for the years to come. He will continue to be with us through all that they will do. Our hearts are heavy, but our lives are better because we knew and loved Tedd. If you knew him, your life was forever changed too. His quiet was powerful and his presence will always be listening. Tedd passed away on Wednesday, January 5th, 2022. He is survived by his wife Pat Godek; brother Bernie Godek; sister Phyllis (James Caliendo); his children Brian (Tracy Godek), Kevin (Michelle Godek), Lauren (Brian Spicher), Meghan (Steve Alchermes); as well as his grandchildren Dylan, Josiah, Jackson, Jonathan, Kevin, Maya, Addilyn, and Matthew.

Share Your Memory of
Thaddeus "Tedd"
Upload Your Memory View All Memories
Be the first to upload a memory!
Share A Memory