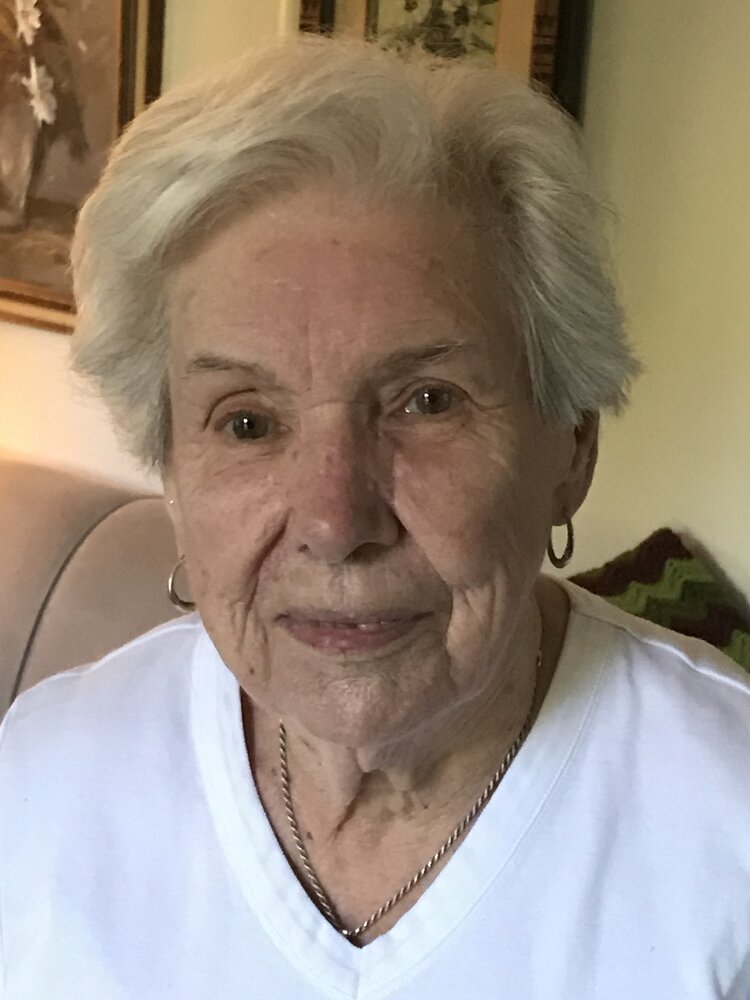 Please share a memory of Lucille to include in a keepsake book for family and friends.
View Tribute Book
Lucille J Remily November 4, 1918 - December 18, 2021 A life that spanned 103 years! Lucille was born the fifth child to a recently widowed mother in Minneapolis, MN. By the age of 5, she was an orphan, separated from her siblings and living with distant relatives. A farmgirl who cared for her lambs. By 16, she became a hired nanny and by 20 married an Army fellow named Oliver McCollough. But life takes unusual turns. Her Army husband and her soon to be second husband, William Remily, who was in the Navy, became hospital roommates, both with tuberculosis. Advances in medicine provided an investigational drug being tested. However, Oliver received placebo and passed away, while William received the active drug. By 25, she herself was a widow, and found her conversion to Catholicism, her salvation. She also married William Remily and had 6 children, which she said was her greatest gift in life. From farmgirl to raising a family and building a contemporary house in Lloyd Neck, NY; to suffering a brain aneurysm and having a miraculous surgery to save her life at Huntington Hospital in 1962; to surviving both the Spanish Flu and COVID-19; anyone who met her, knew how special she was. She believed that a sense of humor solved for life’s sadness, and to always pray. She instilled dreams in her children’s minds and then made sure those dreams became a reality. Lucille passed away Saturday December 18, 2021 while in the loving arms of her daughter Renee, while a bedside vigil with her children: Michael, Scott, Rochelle, Nicole, and Jacqueline; their spouses and many grandchildren and nieces had occurred. This woman’s loving embrace has rocked to sleep 6 children, 13 grandchildren and 2 great grandchildren. She is survived by: Michael Remily (Pearl Bick) of Stony Brook NY, Renee Remily (Frank Farraye) of Jacksonville FL, Scott Remily (Ellen Schilling) of Seattle WA, Rochelle Remily of Roosevelt Island NY, Nicole Remily of Kalamazoo MI and Jacqueline Iversen (Jim Iversen) of Huntington NY; her grandchildren: Elizabeth (Adam Woods), Joel, Jennifer, Alexis (Matt Griffin), Scott Jr (Jordan Brown), Alison (Ashley Kelsey Tuttle), Christopher, Lorissa, Megan, Kevin, Hannah, Ian and Alex; and 3 Great Grandchildren: Chloe, Devin and Sophia. Her laughter will be missed.

Share Your Memory of
Lucille
Upload Your Memory View All Memories
Be the first to upload a memory!
Share A Memory