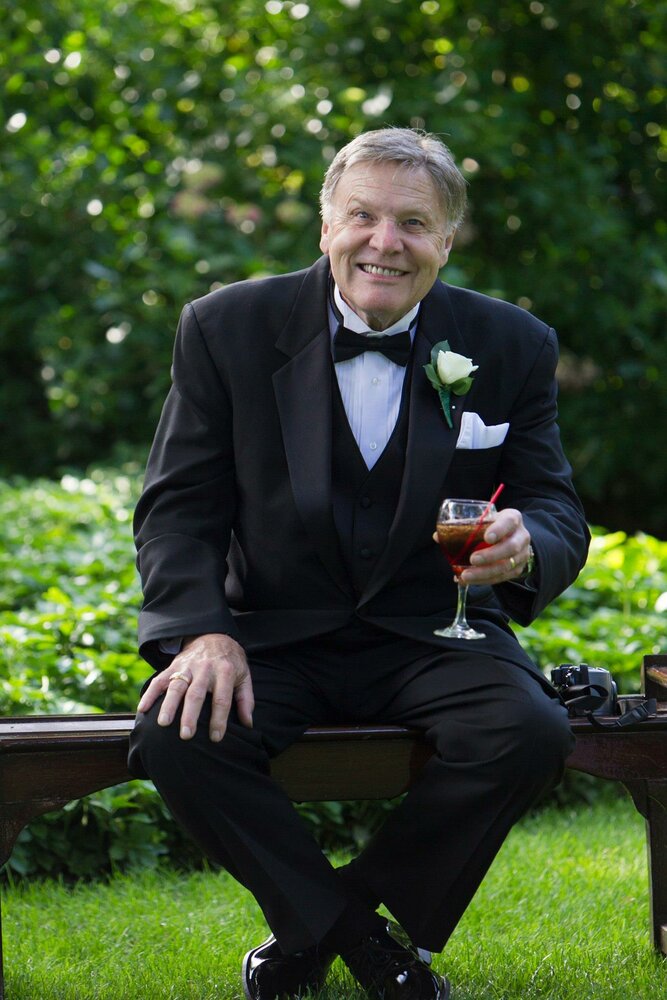 Please share a memory of Walter to include in a keepsake book for family and friends.
View Tribute Book
Walter Joseph McCarthy passed away on December 20, 2021, following a lengthy struggle with Alzheimer’s Disease. Walter was born on March 16, 1936, in the Bronx, New York to the late Elizabeth (née Mayer) and Frank Walter McCarthy. His family moved to Long Island, where he graduated from South Huntington Schools. Walter obtained his Bachelor’s and Master’s degrees in education from Hofstra University and obtained numerous postgraduate credits from various universities. He married his wife Evelyn (Keith) in 1959, and they were very happily married for over 62 years. Walter taught music in Amityville School District for one year before moving to South Huntington School District in 1959, where he continued to teach music and oversaw the chorus program until his retirement in 1991. In addition to his teaching career, Walter was a talented organist and choral director, serving as the organist at Grace Episcopal Church in Huntington Station beginning at age 12. He also served as the organist at Trinity Episcopal Church in Northport, before taking a position as the organist and choral director at Saint John’s Episcopal Church in Huntington from 1972 until his retirement in 2012. A man of many talents, Walter also enjoyed success in various sports throughout this life including golf, bowling, softball, wrestling, and track and field. He was also a talented artist and sculptor. He put his artistic talents to use designing prolific and realistic train layouts for the many collectable trains he acquired throughout his lifetime. Walter was also a gifted mechanic, a skill he learned from his father. Combining his enthusiasm for collecting and his artistic and mechanical abilities, Walter developed a passion for collecting, trading, selling, and restoring antique cars. In his lifetime, Walter beautifully restored many cars of his own, and shared his talents with others to aid in their own restorations. Walter was a world traveler, having visited countries all over the world with his family over the years. Walter was a talented photographer and a gifted storyteller, two skills which paired brilliantly with a glass of Scotch and his slide projector. He regaled family, friends, and anyone within earshot with many tales and anecdotes from his colorful and wonderfully eventful life. He truly was a master of all trades and possessed a gift to excel in all his ventures while remaining grounded and humble. He was a loyal, spirited, trustworthy, and gifted man who lived a life of love and faith. Above all, Walter was quietly devoted to his family. He spent as much time at football games, dance recitals, swim meets, regattas, and birthday parties as he did working tirelessly to support his family while also finding time to enjoy his various pursuits and active social life. He will be profoundly missed by his family and friends and will be forever remembered fondly for his sense of humor, talent, and generosity. He is survived by his loving and devoted wife Evelyn, their children Michael (Janice) and Judith Wulfken (the late Phillip), his sister Elizabeth Butler (the late Charles), his supportive sister-in-law Joan Boehmer, grandchildren Elizabeth Weis (James), Kaitlyn Wulfken-Gibbs (Andrew), and James McCarthy, great-grandchildren Matthew, Phillip, William, and Evelyn, supportive uncle of Charles (Deborah) and Andrew (Evelyn), and many dear family members and friends. Viewing will be held on Monday, December 27, 2021, at M.A. Connell Funeral Home. Funeral services will be held at St. John’s Episcopal Church (Huntington) on Tuesday, December 28, 2021 at 10:00 am. Burial will follow at Northport Rural Cemetery. If desired, contributions in Walter's memory may be sent to: The Alzheimer’s Association Alzheimer's Association | Donate to Fight Alzheimer's Disease Saint John’s Episcopal Church Music Fund Give Now (onrealm.org)

Share Your Memory of
Walter
Upload Your Memory View All Memories
Be the first to upload a memory!
Share A Memory