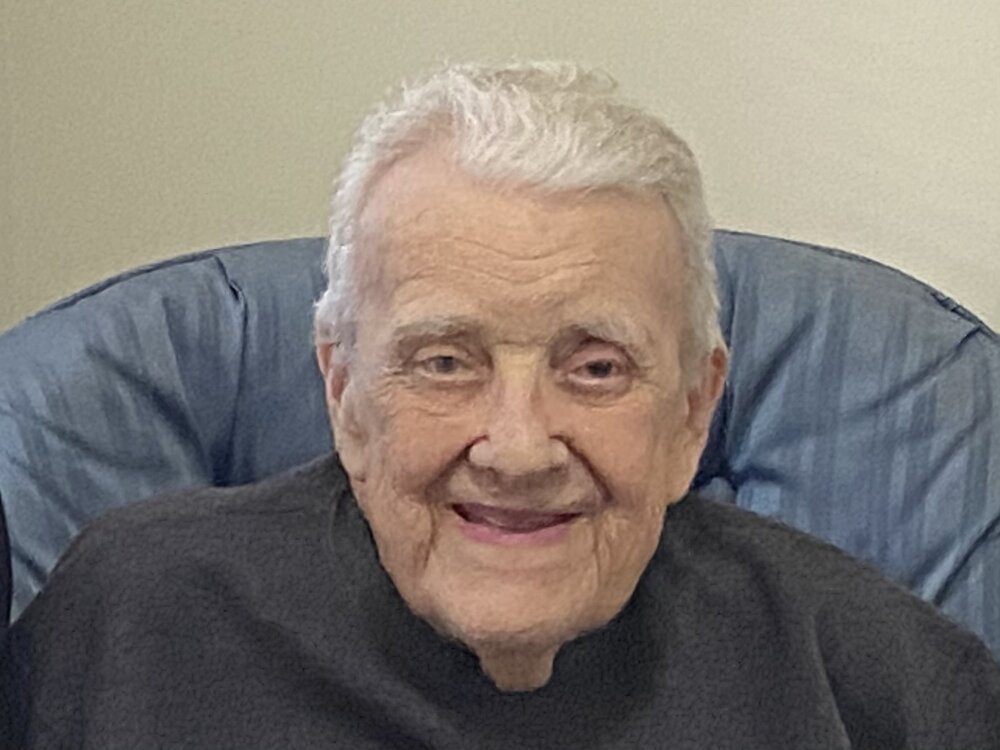 Obituary of Terence A. Kreider

Terence A. Kreider “Terry” was born to Thomas and Sarah Kreider (McCorry) in New York, NY in February 1924. He spent his childhood years in the Bronx (Pelham Bay) and graduated from Our Lady of the Assumption Grammar School and Power Memorial Academy in 1937 and 1941, respectively. Terence was one of four, with Thomas (deceased) being the oldest brother followed by James and Robert (baby Bobby). He was known to his nieces and nephews as “Uncle Teddy”, and his personality was much larger than his physical size. At the age of 18 he was drafted into World War II where he served as a turret gunner on a B17 Flying Fortress flying 50 missions from August 1944 to January 1945 in the Army Air Force. During this period, he earning the prestigious Distinguished Flying Cross and the Purple Heart Medals. In his diary he describes the mission where he earned the Distinguished Flying Cross as follows: “About a half hour before target time, the ship in front of us got their #1 engine on fire and at the same time our #4 turbo supercharger went out. Both ships had to fall out of formation. The other planes turned back for home but we decided to go on. By this time the formation was well out of sight and we went over the target all by ourselves. Being all alone the flack was concentrated on our ship. The bomb-bay doors would not open, so I went out without oxygen and cranked them down by hand. The flack was terrific but we got our bombs away – was slightly overcome with anoxia and the bombardier had to give me emergency oxygen. Upon returning to base, I was put in for an accommodation. All of us were praised for going on an individual bomb run, which meant that our crew got a good name in the squadron. No one got injured but the plane was a wreck. This was another rough one and I was mighty lucky not to be injured. Incidentally, the target, a chemical plant, was left in ruin.” And his diary for the flight where he earned the Purple Heart is as follows: “Today was another one of those rough missions. The flack was classified as accurate and unbearable over the target. I saw three ships get direct hits, in front of our squadron and blew up in mid-air. All were killed instantly. A piece of flack as big as my fist, hit my turret. It went in one side and out the other. Glass was scattered into my face. It seemed as if the whole ship was falling apart. The plane on a whole was literally torn and shattered. One of the ships landed with a dead man, his head was blown off. There were at least two wounded in each ship. When I got out of the plane, I realized what I went through and I am not ashamed to say that I started to shale like a leaf” His strong Catholic faith got him through the challenging times as he mentions God through his diary. His faith is evident as he concludes his diary of his last mission as follows: “…When we landed and I hopped out of my plane – I thanked God for seeing me through. My prayers were not in vain.” After his service he took advantage of the GI Bill and graduated Iona University in 1948. He served time working in the post office and New York City Fire Department where he was injured on the job, and ultimately spent a lengthy career working as an agent for the Bureau of Alcohol Tabaco and Firearms. He met his wife Olema Christina “Chris”, back in the 70’s and were married in 1974. The two of them loved to travel the world and would spend winters down in Florida. They made friends wherever they went and people naturally gravitated towards them because of his jokes and her charm. The love of his life passed in early 2000 which left him heartbroken, until his passing on December 19, 2021, where, as his tombstone will say “My wife and I together again”. While Uncle Teddy didn’t have any biological children, he had over a dozen nieces, nephews and godchildren who were his kids. Memories of his “spokey stories”, “scary laugh” as well as the “money game” will never be forgotten and neither will he. Rest in Peace and let perpetual light shine upon you.

Share Your Memory of
Terence
Upload Your Memory View All Memories
Be the first to upload a memory!
Share A Memory