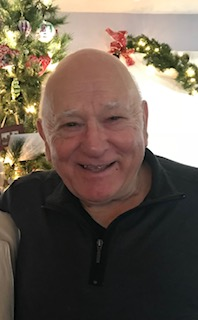 Anthony J. Maimone September 12, 1932 - December 8, 2021 Anthony Joseph Maimone, aged 89, of Smithtown, NY died on December 8th of natural causes. Anthony is best known as Syosset’s “Tony the Barber”. To quote Tom Montalbano’s Images of America: Syosset, “Anthony epitomized the role of the small town barber, getting to know all of Syosset’s notable characters and accumulating a wealth of Syosset stories.” With his fifty years in the community, razor sharp memory and natural “gift for gab”, Tony was often interviewed and quoted by local television news and newspapers. He started work alongside his father Fred in 1951, who had opened “Fred’s Barber Shop” on Jackson Avenue in Syosset, where the twisted red, white and blue barber pole Fred put up in 1939 still stands. Anthony enlisted in the Navy in 1952 and trained for deployment to Korea, but with the war winding down by mid-1953 he was honorably discharged in 1954. Tony returned to Fred’s Barber Shop, taking the reins from his father and remaining there until his retirement in 1999. Anthony was born at Huntington Hospital on September 12, 1932 to Fred and Inez (Deluca) Maimone of Northport, NY. The family moved to Syosset before his sister Maria was born in 1938. Tony attended Split Rock Elementary in Syosset, and graduated from St. Dominick’s High School in Oyster Bay in 1950. Tony was married to Mary Swander of Glen Cove, NY in 1956 and moved to Huntington Station. Their four children came over the next 5 ½ years, with Robert in 1957, Michael in 1958, Karen in 1961, and William in 1962. Mary was taken by cancer in 1990, and Bob to cancer in 2008. Tony then met Dorothy Long, moved to Smithtown in 1998, retired in 1999, and the couple were married in 2007. After retiring Tony traveled widely, went out dancing four nights a week, often waking for early morning fishing boats, and continued making calls to his elderly clientele in nursing homes. He cultivated a large and productive vegetable garden and a half dozen fig trees carefully wrapped in burlap each winter. Tony was sharp, a history buff and expert at arm chair Jeopardy until the last few years found him in declining health. His many friends noticed his phone calls transition over the last few years from lively chatter to him mostly listening and ending with an abrupt “I gotta go.” Visitations will be December 14th, 2-4pm and 7-9pm at M.A. Connell Funeral Home, 934 New York Avenue, Huntington Station. Funeral Mass will be December 15th, 9:30am at St. Hugh’s Church in Huntington Station, followed by interment at St. Patrick’s Cemetery, Huntington.

Share Your Memory of
Anthony
Upload Your Memory View All Memories
Be the first to upload a memory!
Share A Memory