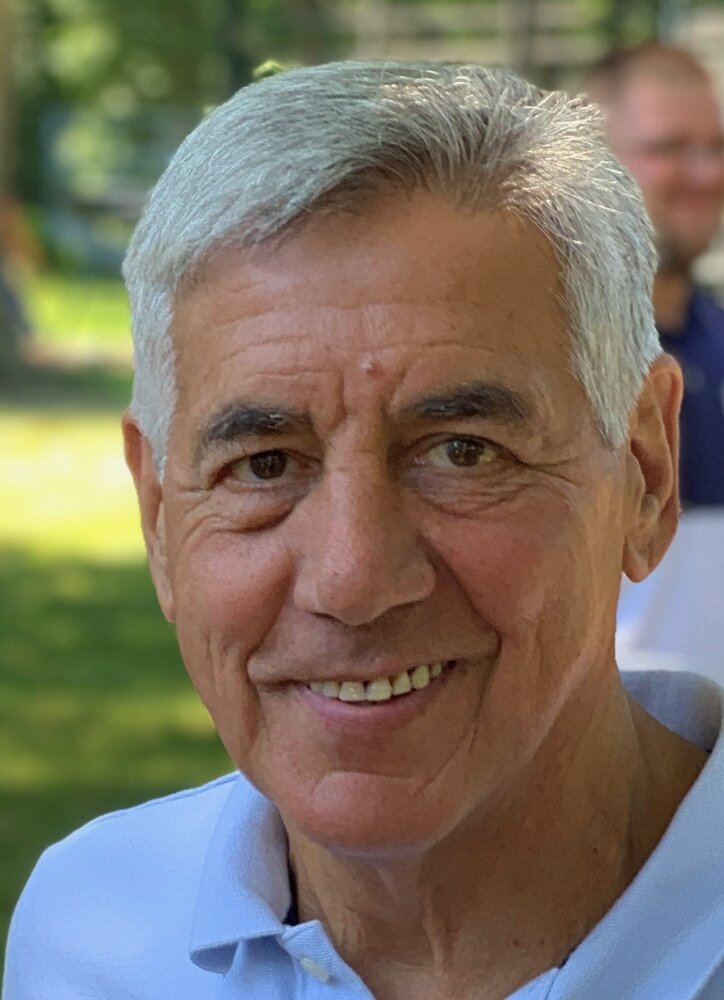 In lieu of flowers the Giugliano family is requesting donations be made to: https://www.helpinghandsrescuemission.org/gifts-in-memory-of-billy-giugliano.html

The Obituary of William Giugliano May 17, 1949 – November 22, 2021 On Monday, November 22, 2021, William “Billy” Giugliano—devoted husband, loving father and grandfather, revered teacher and coach, epic storyteller, dancefloor extraordinaire, master of fun, and great friend—died at the age of 72. He passed peacefully with his wife and children by his side. Born on May 17, 1949 to Pasquale and Agnes Giugliano in Floral Park, NY, Billy was the fifth of seven children. He is remembered by his siblings as always possessing a certain kind of magic—a unique ability to light up any room, to bring a smile to any face, and to inject adventure and fun into anything that entered his orbit. This magic—Billy’s magic—stayed with him throughout his life, spreading everywhere he went and touching everyone he met along the way. In his childhood and high school years, Billy stood out as a gifted athlete, exceling in football, wrestling, and lacrosse. His love of sport brought him to SUNY Cortland , where he played football and majored in Physical Education. Following graduation, Billy became a teacher and coach, and used his magic to bring out the best in his students and athletes, both on and off the field. Billy eventually joined his brothers in the family roofing, siding, and window business, where he enjoyed a long and fulfilling career working in sales. Billy’s magic was returned to him when he met the love of his life, Paula Giugliano, née Atchison, whom he married on August 24, 1979. They shared 42 beautiful years of marriage, raised four children together, and welcomed seven cherished grandchildren. Billy’s family remembers him as man who was gentle, kind, present, and fun. He infused his magic into moments big and small. He made everything richer—smiles wider, laughs bigger, and hugs warmer. He offered himself fully to his family, without condition or needing anything in return. He taught his kids to see the best in others and to treat people with dignity and respect. Each morning, when seeing them off to school, he told them: “Be nice to everyone. And, don’t leave anyone out.” This mattered more to him than academic achievement, or athletic accolades, or any other measure of success. The legacy that Billy leaves on this earth is the way he made people feel. From his family, to his friends, to acquaintances, and even strangers, Billy went out of his way to bring people in, to ask them about themselves, and to make them feel seen and heard. But, Billy never acted this way out of obligation or duty—he did so quite simply because he wanted to. Being in Billy’s presence always felt like being at a big party—one with a wild dancefloor and one where everyone was invited to join. Because, as Billy would say, “Be nice to everyone. And, don’t leave anyone out.” And that was the magic of Billy. Billy Giugliano is survived by his beloved wife, Paula, his children Matthew, Lisa, Lauren, and Michael, and his seven grandchildren. A wake will be held on Friday, November 26, 2021 at 2-4pm and 6-8pm at the M.A. Connell Funeral Home in Huntington, NY, and a mass will be held on Saturday, November 27, 2021 at 9:15am at the Church of St. Patrick in Huntington, NY. In lieu of flowers, the family asks that donations be made in Billy’s memory to the Helping Hand Rescue Mission, which seeks to improve the spiritual and temporal conditions of the children, families, and people of our community who are in need. To make a donation in Billy’s name, please visit: https://www.helpinghandsrescuemission.org/gifts-in-memory-of-billy-giugliano.html