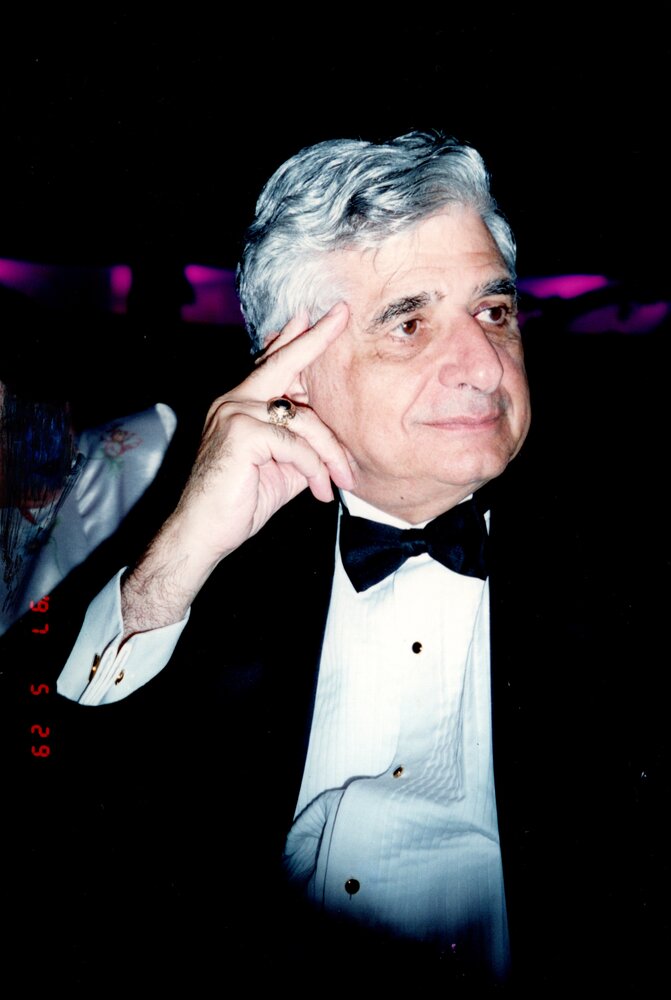 Anthony Mastroianni, a 3rd generation resident of Huntington, NY passed away on September 26, 2021 at the age of 90. Former Suffolk County Public Administrator, he also served as the Chairman of the Huntington Republican Committee. He was born August 4, 1930 was raised and educated in Huntington, graduated from SUNY Farmingdale and received his Master's Degree from C.W. Post College. He served his country in the US Navy Seabees during the Korean Conflict. He later joined the NY Guard and retired as a Major. A Member of Foreign Wars Post 1469. He was elected to the position of Vice Commander of the Navy Seabee Veterans of America. During his illustrious life and career he had been active, civic minded and a dedicated community leader. He served as acting chairman of the College Council at SUNY Farmingdale, Trustee of the Huntington Historical Society as well as many other educational and Town of Huntington committees. Mr. Mastroianni was also a member of many religious and social clubs, such as the St. Vincent de Paul Society, Knights of Columbis, BPOE Elks Lodge 1565 and the Society of American Military Engineers. Because of his community dedication Mr. Mastroianni had been awarded by and recognized on many occasions for his educational, military and philanthropic background. He is survived by his wife Ona, his step-son Gintautas Rugienius, his step-daughter Asta Desmarais, his daughter Lisa Ann Record, sisters Terry Schaeffer and Elvera Moore and brother Theodore. He was predeceased by his first wife Teresa Zorkis, sisters Carmela Koldewey and Gloria Courduff, brothers Frank and George and his granddaughter Jacquelyn Marinovich. Visitation Wednesday & Thursday 2-4 & 7-9 PM at M.A. Connell Funeral Home, 934 New York Ave., Huntington Station. Funeral Mass Friday 9:30 AM at St. Hugh’s Church, Huntington Station. Interment St. Patrick’s Cemetery, Huntington.

Share Your Memory of
Anthony
Upload Your Memory View All Memories
Be the first to upload a memory!
Share A Memory