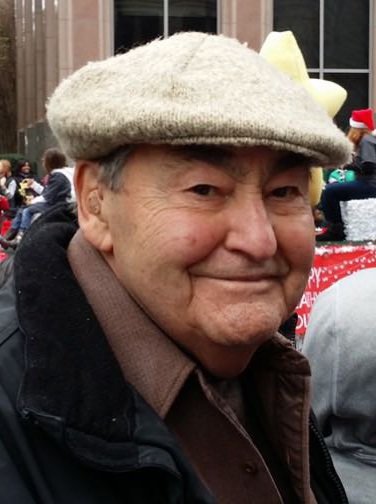 In Lieu of Flowers, donations may be made in Anthony's name to: American Heart Association www.heart.org The Cradle of Aviation Museum www.cradleofaviation.org Little Animal Shelter www.littleshelter.org Northport VA Hospital www.northport.va.gov

Antonio Luigi Bianchi, 93, of Huntington, New York, passed away at home on July 19, 2021. He was a true family man and a loyal friend who was proud of his heritage and traditions, but who remained receptive to new ideas and enthusiastic about innovation to the end. Born in Brooklyn, New York to Delizia and Luigi Bianchi, Tony was a bright and inquisitive boy. His mother proudly described him as a “splendid baby.” Tony was always passionate about building and creating, and throughout his life he pursued his loves of art, opera, jazz, and engineering. He was a true family man and a loyal friend. Tony’s happiest days were when he was sailing, fishing and swimming with the family in the sparkling Long Island waters. Tony enjoyed sharing stories of his carefree adventures as a young boy where the streets of Brooklyn were his playground and Coney Island was a turnstile jump away. He never passed up a chance to compare a roller coaster to the Cyclone (the Cyclone always won!) and he celebrated his 85th birthday hot air ballooning. After high school, Tony served in the National Guard and in the Army at the end of the Korean Conflict as a radar technician. He then graduated from Brooklyn Polytechnic Institute. Tony began his engineering career in aerospace, designing the arm that operated the camera on the Apollo Lunar Module, recording the first moon landing. He earned his license as a Professional Engineer, and continued his career designing components of nuclear submarines. After retirement, he proudly worked on the team that painstakingly built the replicas of aircraft and spacecraft that are enjoyed on display by thousands of visitors at the Cradle of Aviation Museum in Garden City, New York. Early in his career, Tony took a brief break from engineering to pursue his love of art, opening a small art restoration shop with a friend on the lower east side of Manhattan. He was especially proud of his restoration of Faberge eggs. Tony met his wife, Eleanor, around 1960 through the Sperry Ski Club. They continued to share the exhilaration of the slopes, skiing well into their retirement years. Tony and Ellie were joined by their children and then later by their grandchildren on these adventures. In addition, they travelled through the United States, the Caribbean, and Europe, but he was always glad to return home. Tony’s dream house was nestled in the trees, surrounded by landscaping he and Ellie painstakingly installed and nurtured over the decades. His vegetable garden was bountiful, and he cultivated various vegetables and grapes. The star of the garden was the majestic fig, grown from a sapling lovingly transported from Italy by his father. Many family members enjoy saplings from Tony’s tree in their own yards today. Tony and Ellie were inseparable throughout their marriage of 57 years. When Ellie walked into a room, Tony’s entire face lit up. She was his world until the very end. Tony always put “la familia” first and was a dedicated father. He was tender hearted, and rescued countless wild animals, cats and dogs. He demonstrated the values of hard work and thriftiness, and his resilience and ingenuity were a constant source of inspiration. Weekends were spent with family, designing and building the latest home project or puttering in the garage. He carved out time to coach soccer, take the kids to the park for a quick game of basketball, and to recreate his mother’s delicious recipes for the family to enjoy. He seemed most content in the summertime boating, snorkeling and fishing on the weekends in Huntington or on vacation in the Hamptons. Tony was often quiet, carefully listening to others, but when he did speak, he quickly captivated everyone around him with his sharp wit and dry sense of humor. Tony’s defining characteristic was the boundless love he showed to his family and friends. He was a strong, kind, and sensitive son, husband, father, grandfather and friend. He will be truly missed. Tony was predeceased by his parents and by his sister Adele Sena, brother in law Anthony Sena and son in law Warren Briggs. He leaves behind his beloved wife Eleanor, his children Kerri Bianchi Briggs, Virginia Melton (Mark), Al Bianchi (Karen) and grandchildren Anthony Briggs, Ian Briggs, Emmeline Briggs, Carlo Bianchi, Dominic Bianchi and Sadie Bianchi. Also mourning Tony are his beloved cousins, nieces and nephews and many friends.

Share Your Memory of
Anthony
Upload Your Memory View All Memories
Be the first to upload a memory!