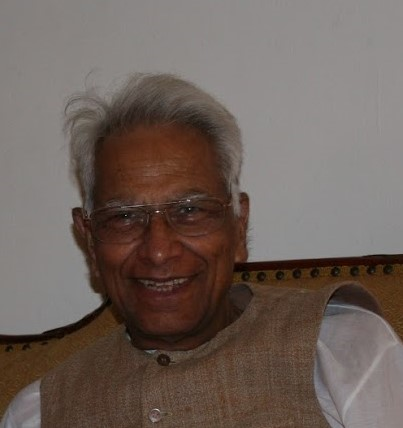 Mediratta, Dr. Om Prakash, 96, of Huntington on November 12. Beloved husband of Dr. Parmeela Mediratta, devoted father of Ajata (Mohua Shome), Kavitha (Clay Smith), Sharmeela (Robert MacKay) and Bharat (Bettina Glenning). Cherished grandfather of Kaira, Jai, Kayli, Asha, Cole, Sarika, Aliana, Kiran, and Remy. Born September 30, 1924 in Miani, north India. The eighth of nine children, he approached life with discipline and determination, from sports, where he was captain of his field hockey team to academics, where he graduated with first class honors, to his profession where he reached the pinnacle of his field at an early age. Known for his sharp intellect and intrepid spirit, he was a distinguished aerospace engineer and held senior roles in the Indian Ministry of Defense before emigrating with his wife to the United States in the 1960s. His second act, in Huntington, including developing real estate and caring for his children and extended family. He delighted in his grandchildren, enjoying baseball games, piano recitals and fashion shows, squirt gun battles in his backyard and discussions about how planes fly. Services entrusted to M.A. Connell Funeral Home. In lieu of flowers, donations can be made to Huntington Hospital in gratitude for the loving care he received.

All Services Are Private

Share Your Memory of
Dr. Om
Upload Your Memory View All Memories
Be the first to upload a memory!
Share A Memory
Plant a Tree