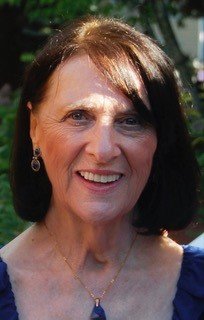 A memorial Mass will be celebrated at 9:15 a.m. on Saturday, September 5th, 2020 at St. Patrick’s Roman Catholic Church in Huntington Village for Mrs. Irene Redmond Hammock. Mrs. Hammock passed away peacefully on August 26th, 2020. She was 88 years-old. Irene Redmond was born in Liverpool, England on October 25th, 1931 to Arthur and Mary Anne (Freely) Redmond. She grew up with her sister Pauline and brother Arthur and survived the heavy bombings of World War II. After the war, young Irene attended Harper and Machin Business College, passed the difficult Civil Service exam, earned a Top Secret clearance, and began working in a sensitive position for the American military during the Korean War at RAF Burtonwood. There, Irene met her future husband, Gordon Lee Hammock. Irene and Gordon were married on June 14th, 1952, at Holy Cross Church in St. Helens England. Irene and Gordon raised four children, living in eight different places, finally settling in Huntington in 1969. From 1987 to 1997, Irene and Gordon split their time between Huntington and Staunton, Virginia. Irene’s life was her family and her friends, and she gave of herself generously in support of their causes and pursuits. Irene was a wonderful party host or guest, conversationalist, traveler … and, despite her British roots, a world-class chef and baker. Irene was always in the moment, and always sought to be helpful to others in every way possible. Irene was often heard to say with a chuckle, “why wasn’t I born rich instead of beautiful?” – but Irene was truly both when riches are measured in love. Irene was preceded in death by her husband Gordon, her daughter Stephanie, and her sister Pauline. Irene is survived by her brother Arthur, her sons Stephen and Gordon – and his wife Susan and children Gabriel, Grace, and Samuel, and her daughter Elizabeth (Benjamin) – and her husband Stephen, and children William and Arabella.
Saturday
5
September

Share Your Memory of
Irene
Upload Your Memory View All Memories
Be the first to upload a memory!
Share A Memory
Plant a Tree