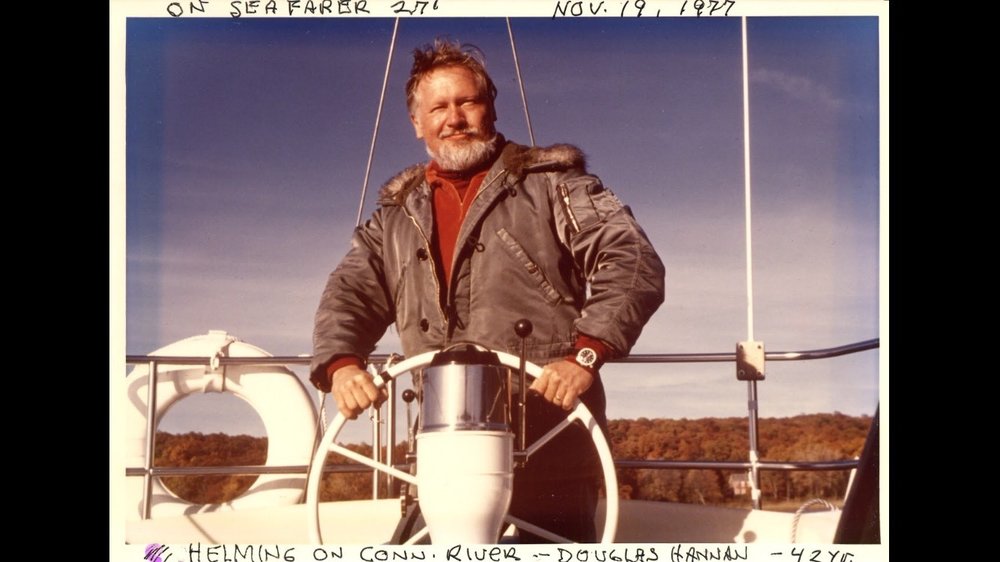 Douglas Oliver Hannan, an antiques dealer, appraiser, and restorer later taught the skills of antique restoration specializing in gold leafing as an educator at the New York Institute of Technology, died February 5th, 2020. He was 83. His interest in antiques first developed during his service in the US Army when he explored Europe in the late 1950’s with his 35 mm camera. The ability to be creative and capture the world through artistic interpretation runs in Douglas’s lineage. During the late 1800’s his grandmother and grandfather were artists that created oil paintings that lead the art impressionist movement in NYC. Douglas’s parents also owned an antiques dealership for many years. During Douglas’s travels overseas he gathered a strong appreciation for English, French and American antiques focused in the 1700’s - early 1800’s. His appreciation for furniture, tools, select fine dining items, porcelains, and oil paintings. Douglas also had a passion for catamarans and hydrofoils. He served as a catalyst for their development, embracing the challenge of evolving older vessel concepts through re-engineering and incorporating new devices to speed their evolution. When he couldn’t find what he imagined, he found a way to develop it as a product and then get it built and tested prototypes. Starting in the early 1970s several of his catamaran designs were published in Multihulls Magazine. Many of his cartoons were also published for years in Multihulls Magazine, NY Times, Economist and Penthouse. Douglas attended the 2013 America's Cup in San Francisco and spent hours evaluating the Oracle racing catamarans while they were out of the water. One of his great thrills was sleeping on a replica of the America’s Cup winning boat, the first winner of the 1851 America’s Cup race. Douglas was a dedicated, calm, and empathetic father and husband. Douglas was happiest studying and conversing about substantial topics like sailing, cartooning, physics, space and time, photography, comic books, and mechanical engineering. Conversations with Douglas ranged far and wide because of these varied interests. Douglas always wrapped the most difficult topics in humor. He loved to make people laugh and developed his hand as a cartoonist, publishing cartoons continuously over 50+ years that strove to turn negative life experiences to the positive. Douglas was an avid reader and explorer of the Long Island woods around his home. Douglas was an animal lover with numerous cats and dogs throughout his life . He mimicked farm animals and their calls expertly, entertaining family and friends while attracting beasts and birds. He also loved working on his three catamarans, which he painted and named: the custom prototype catamaran “The Black Swan”, the Sizzler, “Dragon Fly,” and the Super Cat, “Sabertooth.” Douglas Hannan was born March 19, 1936 in Brooklyn, NY, to Olive Hannan (Meyer), a watercolor artist and teacher at Pratt University, and to James Philips Hannan, a chemistry teacher at Clark University. Douglas attended Fordham University achieving a bachelors of English. He is survived by his wife, Carolyn; his children, Elizabeth, Matthew, and April; daughter-in-law, Patty; grandson, Caleb; and brother, Roger. In lieu of flowers, donations are welcome for planting commemorative trees with an associated plaque, and building bird houses in the Spring at one of Douglas’s favorite nature haunts, Planting Fields Arboretum in Oyster Bay, NY. Additional funds will help the family with funeral expenses. Douglas Hannan was born in Brooklyn in 1936. He moved to several states and found his love of antiques from helping his parents run their antique store. His found his love of creating cartoons in his youth and was published in several magazines. He is survived by his wife Carolyn, daughters Elizabeth, and April, his son Matthew, daughter in law Patty and grandson Caleb. In lieu of flowers, the family has set up a go fund me page link below https://www.gofundme.com/f/douglas-hannan-commemorative-tree-planting-plaque?utm_source=customer&utm_medium=copy_link-tip&utm_campaign=p_cp+share-sheet
Friday
14
February

Share Your Memory of
Douglas
Upload Your Memory View All Memories
Be the first to upload a memory!
Share A Memory
Plant a Tree