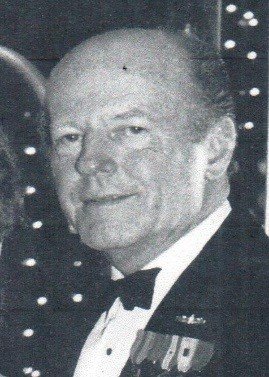 Wallace Joseph Stevenson, age 91, passed away on Thursday, January 31, 2019 at his home. Born in Brooklyn, NY he was the son of the late Merryman and Mildred Toole Stevenson. He married his late wife, Louise Noviello of Brooklyn, NY, their marriage was blessed with two daughters, Debbie and Marianne.  He is survived by his present wife Janice.

Mr. Stevenson had served in the United States Navy until retiring in 1987. He was the State Secretary, State Treasurer and State Deputy of New York Knights of Columbus in 1969-1970. Wally was the Administrative Officer, Education Officer, and the Commander of the Jones Beach Power Squadron. He also taught many safe boating classes, and was the Ocean City Power Squadron Education Officer from 2000-2003. He was also a member of American Legion Sinepuxent Post #166 in Ocean City. He enjoyed Lecturing at both St. John Neumann and St Michael the Archangel RC Churches. Wally also taught safe driving courses for AARP, and was a volunteer at Nanticoke Hospital for 10 years.

Friends may call on Friday, February 8th from 2:00-4:00 PM at the M.A. Connell Funeral Home, 934 New York Ave., Huntington Station. A Mass of Christian Burial will be held on Saturday, February 9th at 9:15 AM at St Patrick’s Church, Huntington. Interment to follow at St. Patrick’s Cemetery, Huntington.

Share Your Memory of
Wallace
Upload Your Memory View All Memories
Be the first to upload a memory!
Share A Memory
Plant a Tree