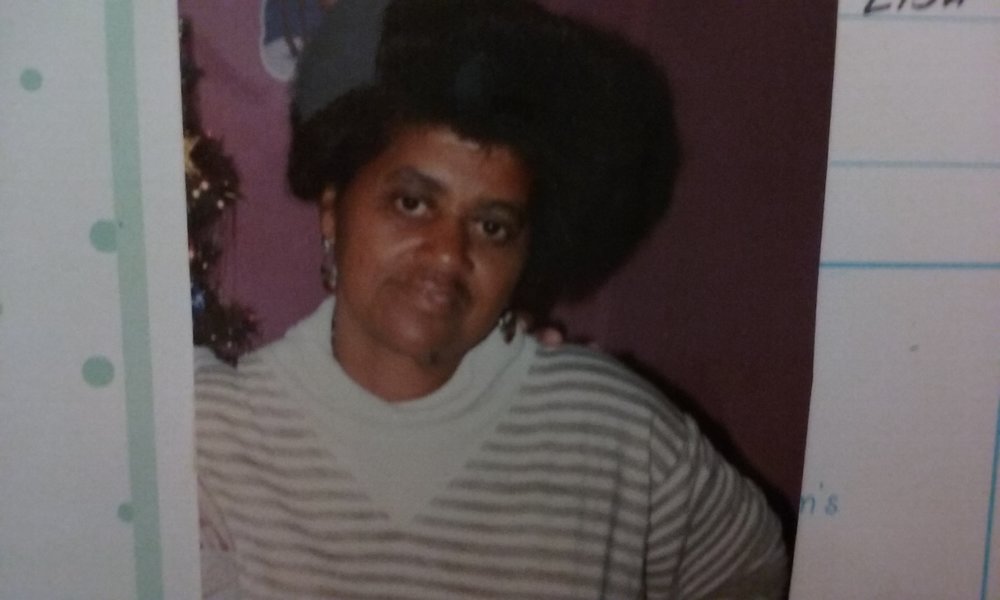 Phyllis Doris Jones the beloved daughter of Thomas and Candace Perry Walker (both deceased) was born May 24, 1943 in New York and passed away from this life on April 11 2017 at the age of 73. She was the eldest child of six children born. Brother Robert Walker (deceased) and Sisters Jessica Walker (deceased), Jacqueline Walker (deceased), Brenda Jackson and Denisia Walker. Phyllis was the loving mother of Lisa Lovett-Thompson and Cindy Lovett of Boston, Larry Jones, Tara Veney and Lamont Jones of New York. Grandmother to eleven grandchildren and two great grandchildren. Phyllis grew up and was educated in New York and loved Long Island so much that she never traveled far from her beloved home. Although she held several early jobs in the public school system her primary occupation was homemaker. Phyllis met the father of her two oldest daughters James Lovett (deceased) and later the love of her life Israel Jones her husband of 38 years (deceased). The couple welcomed three additions to their world Larry, Tara and Lamont. She loved to laugh, dance, sing and socialize with her many friends. She always wanted to be closer to her children and was excited to see the new generations being added to the family. Phyllis loved the lord and always believed in God’s promise that Jesus would return and she would be united with all of her friends and family. In particular to once again to dance in the sun with her very best girlfriend Charlotte. She would often recite her favorite bible prayer the Lords Pray for strength and comfort. Phyllis is survived by her Children Lisa Lovett-Thompson, Cindy Lovett, Larry Jones, Tara Veney and Lamont Jones. Her sisters Brenda Jackson and Denisia Walker, her nephew Donald Jackson. Her grandchildren Lamel Jones, Shaheed Veney, Gordon Acha, Candace Thomson, Avant Jones, Anastasia Jones, Amore Jones, Jyziah Jones, Sabastian Jones, Silas Jones and Unique Jones. Great grandchildren Zoe Jones and Preston Jones. Son in Law Steven Thompson, Daughter in Law Melissa Jones and Great Daughter in Law Tracy Jones. John 3:16 states For God so loved the world, that he gave his only begotten Son, so that whosoever believeth in him should not perish, but have everlasting life. May God keep her and comfort her until we meet again. The family thanks you for your kind thoughts and prayers. Amen
Monday
17
April

Share Your Memory of
Phyllis
Upload Your Memory View All Memories
Be the first to upload a memory!
Share A Memory
Plant a Tree